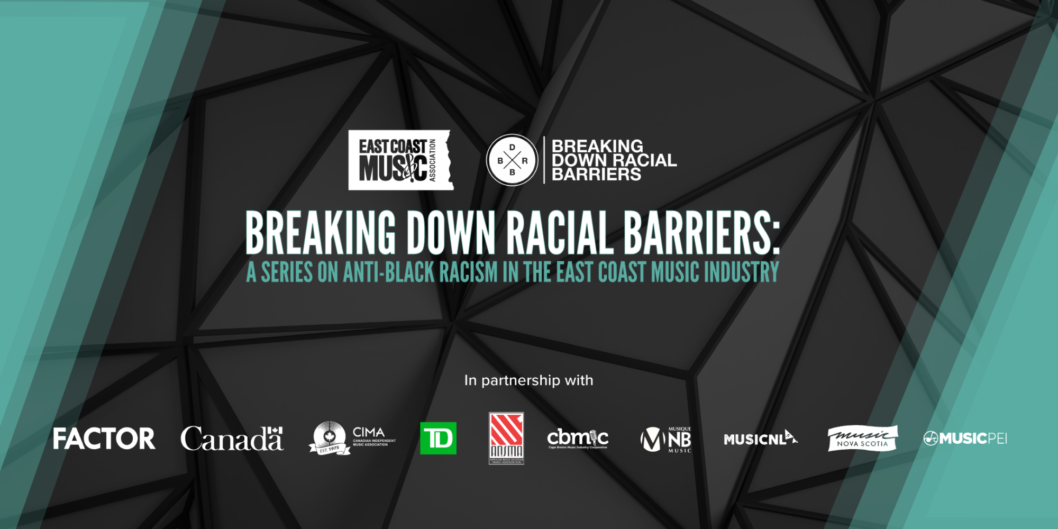 UPDATE (May 2022): One year later, we brought everyone back together to share the findings of of the 4-part Breaking Down Racial Barriers. View that session here.

Initiated, curated and coordinated by Canadian music and entertainment community mainstays Ian Andre Espinet and David “Click” Cox, BDRB discussions are centered in the voices and lived experiences of working Black music professionals. To build an inclusive, economically viable Canadian music and entertainment industry, it is critical to address the anti-Black racism that exists in the systems and working environments within which Black music professionals and creatives operate.

In an effort to advance equity in the region's music industry, ECMA with the Atlantic music industry associations has supported the BDRB facilitated series to have difficult, yet critical, conversations in an effort to identify the structures and behaviours that perpetuate anti-Black racism.

Roundtables 1, 2 and 3 address key areas of the entertainment industry and barriers faced by Black music professionals - with highlighted themes and key take-aways captured. The 4th and final roundtable will aggregate the findings to create actionable suggestions for change which will be shared with peer & partner organizations and the wider community with the understanding that if embraced, can inform policies and practices that should be reformed.

ECMA signed the BDRB declaration, along with many other industry partners, on June 2, 2021 and is committed to working with these commitments.

What We Heard & What's Next

One year after the 4 part series, we brought everyone back together at the 2022 East Coast Music Awards: Festival & Conference to share the findings of those conversations.