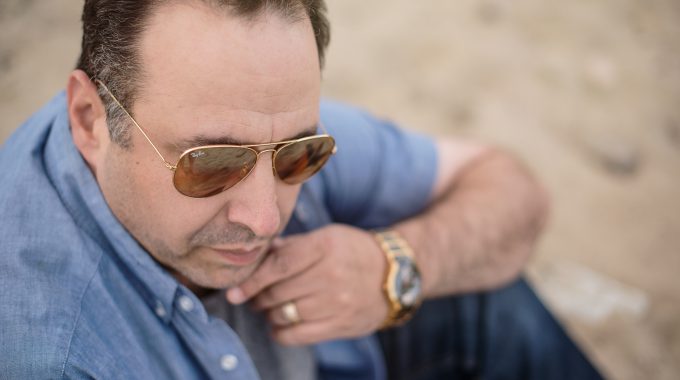 Aaron C. Lewis has been a professional musician since he was 16 years old and since that time has toured all over the world. Travelling with The Carlton Showband, Aaron was raised in an atmosphere of constant musical growth and performance opportunities. He has shared the stage with some of the biggest names in the industry; including Joe Diffie, Alabama, Tommy Hunter, The Osmonds, Prairie Oyster and Charlie Pride.In 1997, after touring for seven years as a player with The Carlton Showband, Aaron decided to move back to Cape Breton to marry his high school sweetheart and turn his attention to studio session projects. During that time, Aaron managed to keep his music career in full swing by playing with acts like Matt Minglewood, Sam Moon, Gordie Sampson and John Allan Cameron, to name a few.He co-founded and performed with the popular trio The Three Pianos, who played to sold out audiences for over a decade .In addition to his international and national events, Aaron has performed in and produced dinner theatre for Casino Nova Scotia in Sydney for the past ten years and has been a musician and singer with the Christmas Daddies House Band for the past 15 years.

Aaron’s passion for music extends beyond his own needs and wants and he constantly sources ways to include other artists. Through his co-owned production company, Little House of Faith Productions, Aaron and his partner work to create unique opportunities within the music industry, producing tribute shows and booking artists to be backed by Cape Breton musicians.

In the studio, Aaron has contributed his musical talents to over 150 CD projects, as both a musician and a background singer. He has also produced over 15 recording projects for other artists.His experiences in dealing with various types of music made it possible for Aaron to record and produce two of his own albums - in two different genres of music - with complete understanding and sincerity.Aaron’s powerful vocals, real steel, great grooves and sounds of home can be found on his newly released country original CD, called Discovering Gold and a Cape Breton song collection titled, You’ll Be Home Again.Aaron’s Cape Breton CD also serves as an ongoing fundraising opportunity for the United Way of Cape Breton.

Recently Aaron has participated in a very successful CCMA showcase during Country Music Week in Halifax N.S and has had great success with his last two Canadian singles “Get Your Jimmy Buffett On” and “Warm Beer”

“A Nashville-quality musician, who lives right here in Cape Breton”

“Few people come to the country music table with the gravitas Aaron Lewis has. I listen to every song very closely, to hear how a vocalist handles the song. Do they have the "chops" to do a song that requires a strong voice on a country rocker? Can they deliver the sensitivity required with a power ballad? Aaron can...and does”.