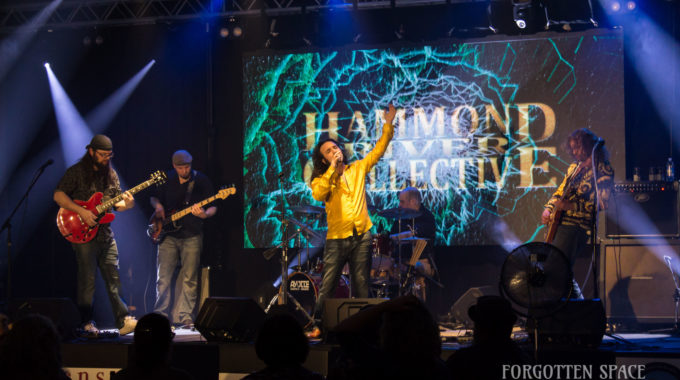 “Pure rock and roll” is the buzz since the Hammond River Collective hit the scene in 2017 with a sonic stage presence portraying what rock and roll used to be. With a band roster that consisted of two brothers, and life long friends, it wasn't long before the HRC had written and perfected enough original rock and roll material to start thinking about an album.  In 2018 they were introduced to Paul Milner of Trillium House Studios. With Paul's experience of working with worldwide legends like Keith Richards, to local legends like Matt Andersen, he had the exact experience and talents needed to capture a new band with an old school sound.

The songs themselves run the gamut of the hard-hitting thrashy rock of Reaperman and Alice Cooper's Muscle of Love. To the soft acoustic and harmonica accompanied gospel-inspired track of Walkin' Out the Door. Like all great rock and roll bands, the Hammond River Collective prides themselves of being firmly rooted in the blues and branching out from there. Evidence of this displayed in songs like Rum Train Blues, and Ain't Drinking No More.