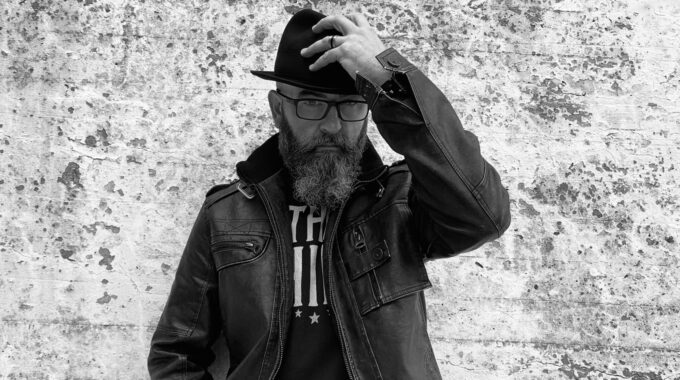 Aaron MacDonald - Gonna Get There
https://youtu.be/dK1thGKzNjg

Out of the woods of Mabou, a little town that beats in the musical heart of western Cape Breton Island, comes the soulful, ever-captivating, Americana singer Aaron MacDonald. It’s this small-town lifestyle that breeds much of the inspiration for this grizzled ECMA nominee. Aaron has pounded the East Coast and Canadian music scene for many years, now armoured with new material and a desire to get it to the people, he’s back from the shadows of Route 19.

A journeyman of performance, this new music offers a glimpse into the life of the seasoned songwriter. Aaron has been known to East Coast audiences for a long time and it’s been far too long since they’ve seen the man wave his wand with words.

Touring Canada extensively throughout the 2000’s as the Aaron MacDonald Band, Aaron built a strong following on the East Coast and attracting fans across Canada with his alt-country sound. His music comes across as something between the rhythmic soul of Nathaniel Rateliff mixed with the superb simplicity of John Prine.

It’s a bit of a resurgence of late for MacDonald in 2021. This indie songwriter is quietly making his mark despite the pandemic. His first single this year, “Gonna Get There” hit #1 on the East Coast with his outlaw country follow-up, “My Soul & Me”, making an East Coast Top 5 splash, Aaron MacDonald has undoubtedly stepped back into the East Coast Music scene. He has been named as one of CBC Music Searchlight’s Top 100 Emerging Artists of 2021.

His new album, "It's Been Too Long", is available everywhere.