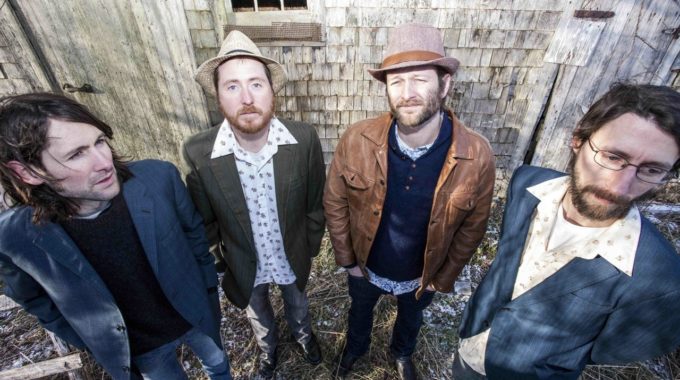 This has been a big year for Acres and Acres. The band released their sophomore album Truth & Sky, charted on commercial and campus radio across the country (#1 on CKDU in Halifax), toured the Maritimes with a full band & string section, and sold out half the shows on their album release tour.

Based out of Halifax, NS, the band consists of a duo of songwriters (Kris Pope & David Scholten), a killer rhythm section (Jordi Comstock, Ian Sherwood), and a talented composer & keys player (Ian Bent). For bigger shows, a string quartet joins the group, adding the lush layers found on the album.

The band's debut album All Nations was nominated for Recording of the Year at the East Coast Music Awards. Three years of writing, touring, recording, collaborating and general endless philosophizing resulted in a concise and impressive follow up album. Truth & Sky uses a variety of live recordings and studio tracks to further develop the band’s unique atmospheric-folk sound.

“Truth And Sky has a beautiful arrangement…..Scholten and Pope's vocals are stirring and graceful throughout.” - Bob Mersereau, CBC