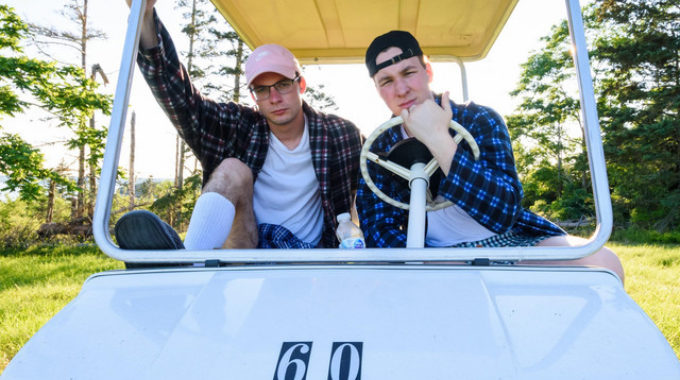 Atay & JAX are a new Nova Scotian hip hop group compiled of Adam "Atay" Taylor of Spryfield and Jaxon "JAX" Booth of Lunenburg. In 2019 the duo began collaborating in the studio to create "Honey" a 9 song LP that served as JAX's debut album and served up a mellow, alternative hip-hop sound with comedic undertones and small-town stories. Atay engineered, mixed, mastered, and featured on the record. The intention was never to present as a duo, but when the album launched, the chemistry in their performances was undeniable, and the fans demanded to hear more. Atay & JAX quickly developed a reputation for their gritty, high energy, punk-esque live performances. Footage from these shows created major “FOMO” and on social media. People from all around were showing up in surprising numbers to these campy church hall concerts, whilst screaming the lyrics along with high accuracy. In 2020 Atay & JAX are launching their first album as a group.