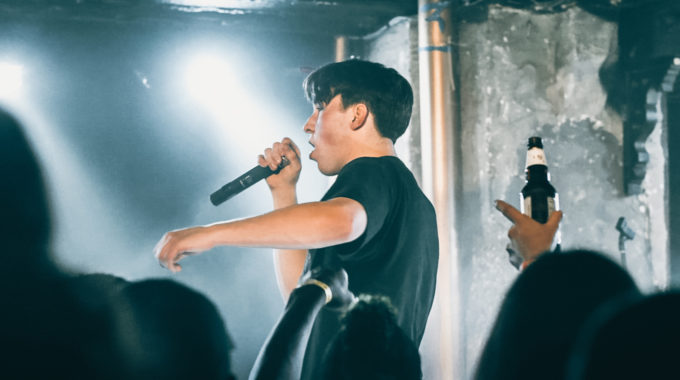 Born Adam Taylor in Spryfield, Nova Scotia, Atay is an independent recording artist and producer who broke into the scene with his 2018 soft-more tape “Dreams Up”. Several tracks from the record became local party anthems, but his more moody and introspective songs helped develop a small fan base that encouraged him to keep creating content. Shortly after the release of his somber project “Clouds”, Atay met JAX. The two had an immediate connection which brought them to the studio to create JAX's debut project; “Honey”.   After the two started co-headlining small shows, their chemistry could not be ignored, and the demand from supporters pushed Atay & JAX into the studio to create their first fully collaborative album: Last Night.   Aside from music, Atay continues to pursue a higher education. He has college diplomas in Social Services and Film, and is currently completing the final year of his Psych Degree. In the early days of being a 4’10” high schooler, Atay drew inspiration from artists such as SonReal, Mac Miller, and KYLE.   The lead single from Last Night - PG-13 was put to video by Rob Weddleton (who also directed Pellet Gun), and Chris Ross. Atay is back in the home studio working on new projects both as a solo artist/producer and as 1/2 of Atay & JAX.