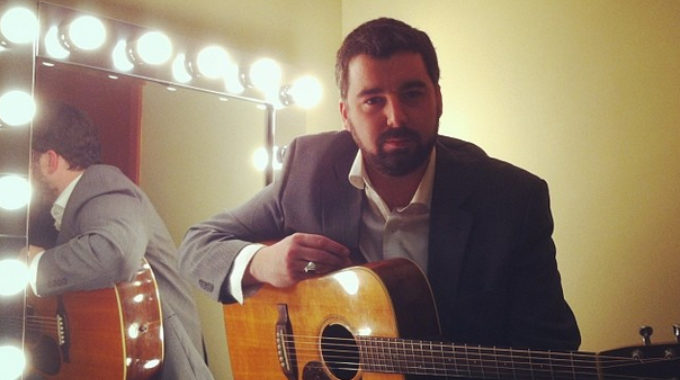 Alan Jeffries was raised on bluegrass. The Nova Scotia based artist is well-known to Canadian music fans from his childhood days preforming on bluegrass stages around the Maritimes and more recently from his years of touring with renowned acts including David Myles.

In 2013, Jeffries returned to his bluegrass roots to launch his solo career and debut album, Coffee ‘til Midnight, which won him the 2014 East Coast Music Association’s (ECMA) ‘Roots/Traditional Solo Recording of the Year’ award. In the past, Jeffries has received accolades from World Wide Bluegrass (Artist of the Month) and The East Coast Bluegrass & Oldtime Music Association (Bluegrass Guitarist of the Year).

Hailed as a “fleet fingered guitar phenom”, Jeffries’ now tours with some of the best bluegrass players in the Maritimes to preform shows filled with fast-picking solos, heartbreaking harmonies and a level of musicianship that you won’t soon forget.