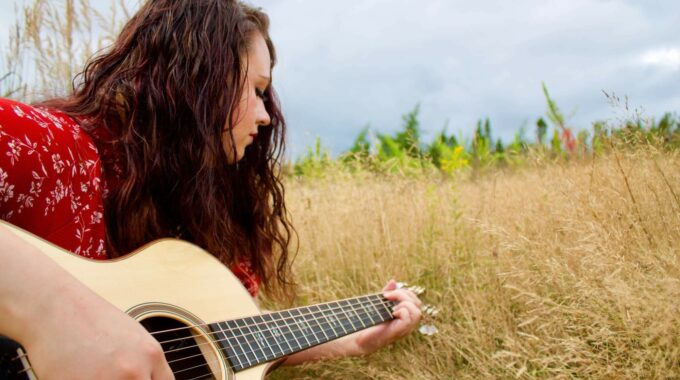 Alison Rebecca Power is a twenty-five-year-old singer-songwriter, who grew up on the Southern Shore of Newfoundland in the small community of Bay Bulls. This town has a deep, rich history rooted in music and she was lucky enough to be submersed into this industry at a young age.

She was born into a very musical family. Her dad and uncle were original members of Juno award winning group, The Irish Descendants, and music always filled their home.

Despite coming from such a musically inclined family, Alison is a self-taught artist. She learned to play the guitar from watching her dad and older brothers play. She says, “I studied their every movement on the guitar strings, every placement of fingers and hands, until I could master it myself.”

She began writing music when she was six years old. She remembers her room being cluttered with pages of song lyrics. And while her influences, as well as her writing style, has changed over the years, one thing remains constant; she writes and sings music from the heart. As she had done as a child, she keeps a notebook and pen by bed so she can write down any thought or inspiration that find her in sleep. She says “I find writing and singing music to be cathartic. I always say that my guitar is who I tell all my secrets too.”

Her early childhood was spent performing in school plays and shows. She created several collaborative family Christmas CDs, and two solo CDs when she was a young child in high school. She remembers proudly distributing those CDs to family and friends and feeling such pride in what she had created. That was truly when she had found her passion.

Since graduating high school she has spent a lot of her performing at a local senior’s home, festivals, and the famed George Street. In 2019, she released her first single to the world, called Ghost of You. This single appeared on the CIOE East Coast Top 30, where the song spent fifteen consecutive weeks on the charts. And fourteen of those weeks were spent in the top 10, while four weeks she was lucky enough to take the number one spot. This was followed by her second release called What About Me, which has also graduated into the CIOE Hall of Fame after 15 weeks on the CIOE East Coast Top 30. Her song Ghost of you was named the numer 5 song out of the top 100 on CIOE for the year 2021.

Alison’s musical journey seems to have her following a Country vibe path, which is a little south of her Irish roots, but as Alison believes, “All songs can tell a story and that’s all I have ever wanted to do. Music, no matter the genre can touch a person’s soul or help someone through a hardship.” Bringing joy and inspiration to others through music is such a passion for Alison and she will continue to aspire to reach the hearts of others through her artistry.