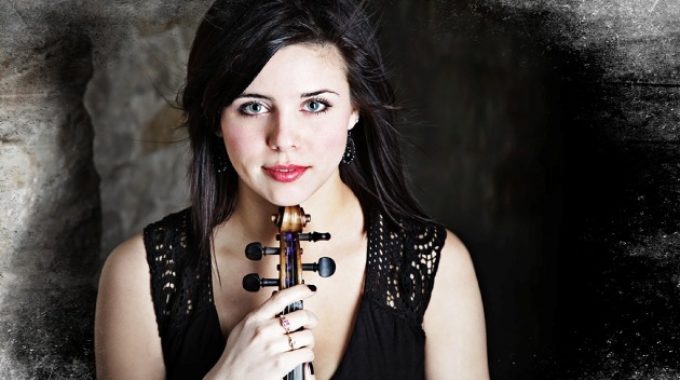 Since being inspired at the age of nine when she saw Natalie MacMaster in concert, Alycia Putnam has been working on her fiddle chops and a deep repertoire of foot-stompin' tunes. The result of this dedication has been three solo albums and thousands of live performances spanning the globe from Pictou to Amsterdam, and back to Pictou.

Alycia's most recent album, the much anticipated Wired for Sound, includes 13 tracks of traditional to more eclectic fiddle music and the immense talent of 10 of the province's most well-known musicians.

Since her performing career took off in the late 90's, Alycia has amassed a network of artists she regularly adds to her live performances depending on what's needed for the gig. Her core family band (her dad, Robert, on guitar; her mom, Kelly, on bagpipes; and Matt MacLellan on percussion) can be expanded to feature bass, vocals, banjo, mandolin, and a suite of other sounds depending on who's footing the bill. Regardless of the band's composition, this live show has something for everyone and is a must-see for anybody who loves Cape-Breton-style fiddle music played by a mainlander.

Photo by Portraits by Johanna