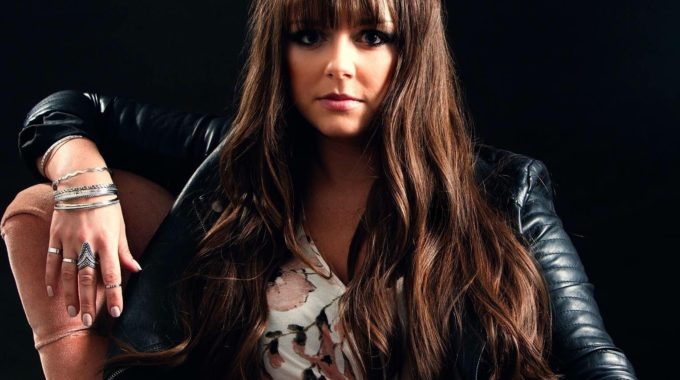 With the release of her debut album It Coulda Been Me, Amanda Riley brought her sassy, country-rock sound to audiences across the country. Her latest Nashville recorded EP, Whiskey Kisses, has seen the release of two singles, Your Worst Hangover and I Feel Nothing, and continues to impress Canadian Country Fans with Riley’s strong, signature country style. Both recordings have earned Amanda nominations for Music Nova Scotia’s Country Recording of the Year.

Riley hails from Chester, Nova Scotia where she is known as “the little girl with the big voice”. She gained nationwide popularity as a finalist on CMT’s “Big In A Small Town” and was also a Halifax finalist on “Canada’s Got Talent”. Amanda has shared the stage with fellow Canadian Country Artists Aaron Pritchett, Charlie Major, Deric Ruttan, and has opened for Dean Brody and Brett Kissel, just to name a few. She has played everywhere from Halifax to Nashville and has graced stages as large as Cavendish Beach Music Festival, Canaan Mountain Country Fest and Dooly’s Beach Blast. Amanda’s most recent accomplishments include being recognized in Nashville, Tennessee at the Josie Music Awards for Independent Artists as Female Vocalist of the Year in 2016 and Modern Country Female Artist of the Year in 2017. She has also been named by The Coast as one of Halifax’s Best Country Artists for the past three years.

Amanda continues to write, record and impress audiences across North America with her powerhouse vocals, down-to-earth demeanour and obvious love for country music. Her live shows are always fun, fearless and leave the audience wanting more.