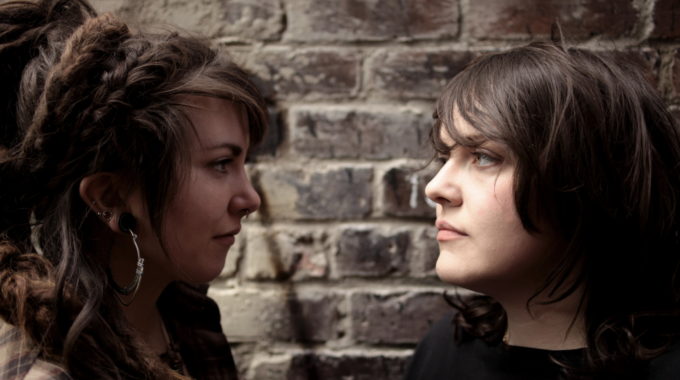 Mama’s Broke is a powerful folk duo that deliver a compelling performance with heart and raw energy. Although highly influenced by their Canadian roots, Lisa and Amy are based out of nowhere and everywhere.

Their two strong voices blend to create haunting harmonies, while they artfully juggle an array of instruments including fiddle, banjo, guitar and mandolin, and incorporate traditional dance and foot percussion as part of their performance. Their original – and often dark – compositions push the boundaries of tradition and the constraints of genre. Drawing from many styles such as old-time, blues, punk, Celtic, Balkan and doom metal, they create a soundscape that is both familiar and new.

After several North American and European tours, Amy and Lisa took time from the road to release their debut full length album 'Count the Wicked' in May 2017. This release won them the Canadian Folk Music Award for Ensemble of the Year, as well as an ECMA nomination for Rising Star Award. They haven't slowed down since, having recently completed a highly successful UK tour, with plans to release their sophomore album in spring 2020.

"Debut albums as strong as this should not be ignored." - folkradiouk

"Brutally honest and evocative ... songs that are weather-beaten by dark realities and grey areas ; the human condition. " - fRoots