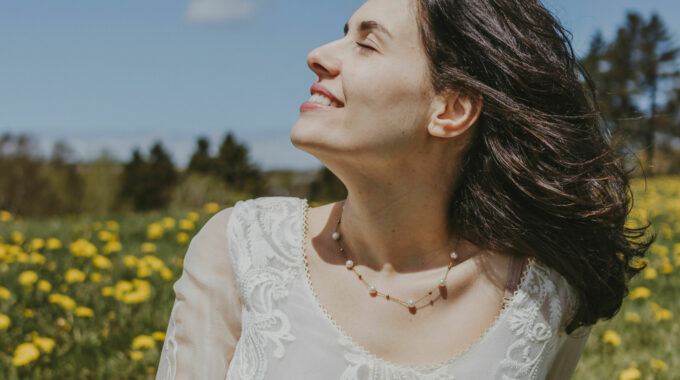 2021 Music NL Jazz Award recipient Ana Luísa Ramos is a Brazilian singer-songwriter based in St. John's, Newfoundland & Labrador. Ana draws inspiration from Brazilian Bossa Nova and popular music as well as the Jazz greatest. Throughout her career, Ana has recorded over 15 albums for different projects from different genres, including folk-rock, samba, jazz, classical, and opera.

Born in Ribeirão Preto, Brazil, Ana started singing as a child in Cia Minaz Children´s Choir and had her debut with the Ribeirão Preto Symphonic Orchestra´s presentation of “Gloria” by Vivaldi. She has also been featured in “The Magic Flute” (Mozart) as Queen of the Night, “La Traviata” (Verdi), “Il Pagliacci” (Leoncavallo), “Carmina Burana” (Carl Orff), as well as in the musicals “Hair” (McDermot) and "A Ópera do Malandro" (Chico Buarque) as Teresinha. Ana Luisa joined the São Paulo State Youth Choir in 2007 and, in 2009 was the winner of the Concurso Jovens Talentos (Young Talents Contest) in the Eleazar de Carvalho Music Festival.

Ana´s music has taken her to different parts of the world, including Uruguay, Argentina, and Panamá. With her duo Ana & Eric, Ana has toured Portugal twice and played in Denmark, Austria, and Scotland (Iona Village Hall Music Festival). Since moving to Canada in late 2019, the duo has performed in several festivals and conferences. In 2021, Ana & Eric played at the NLFolk Festival, Tombolo Multicultural Festival, and showcased at the 2021 ECMAs, Live at Heart Newfoundland, Live at Heart Sweden, ASEAN Music Showcase Festival (Southeast Asia).

After moving to Newfoundland & Labrador, Ana signed with the local label The Citadel House. In 2021 she released her single “Céu Azul” which has been played on different local radio stations as well as CBC Music and CBC Newfoundland & Labrador. Her sophomore album “Amanheceu has earned her the Jazz Artist of the Year award and a nomination for Global Artist of the Year at the 2021 MusicNL Awards,” and is available on all streaming platforms. “Amanheceu” will be physically released on Vinyl in early 2022.