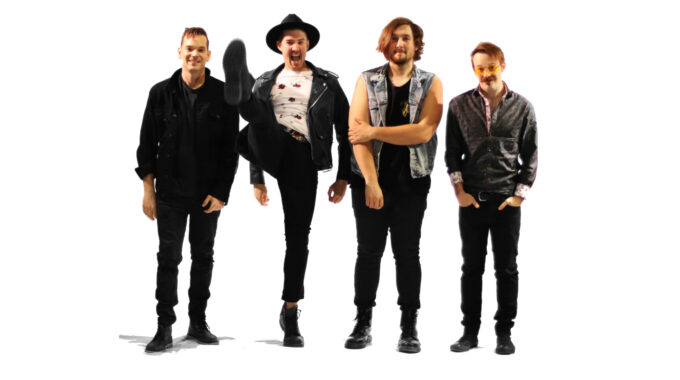 Andre Pettipas and The Giants

From the East Coast of Canada, Brothers, Andre and Travis Pettipas join long-time friends, Mark Cosh and John MacDonald to bring you, "Grease Coast Rock N' Roll"; sing along anthem songs with ear worm hooks. Their signature genre will reel you in and release you into a musical wave of southern rock that is heavily influenced by 90s rock/pop and classic rock lovability.

Picture Tom Petty meeting up with The Black Crowes for a writing session but Axl Rose crashes the party WITH HANSON TO THROW EVERYONE FOR A LOOP.

There is only one word that comes to mind when you see Andre on stageâ€¦ showman. Musical talent aside this young man has presence that is reminiscent of a young Brian Setzer, working the stage and the room with an irresistible charisma. It's not all theatrics with these boys though, they do have the musical chops to go with it." - B Lynn Hartling//Canadian Beats