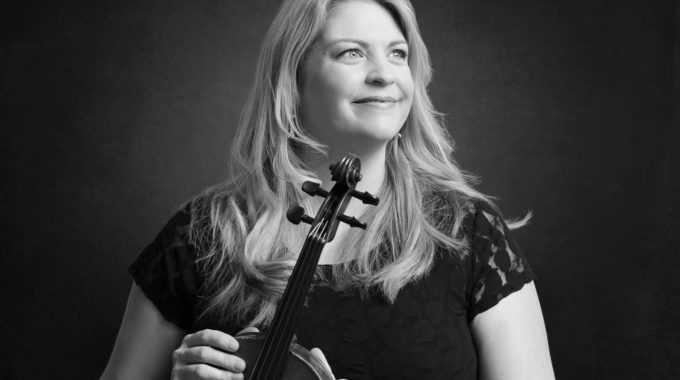 Andrea Beaton comes from a long line of musicians, composers and dancers. She is an award-winning fiddler, tune composer and recording artist who is known for her powerful bow and driving style. She tours internationally and is in great demand as a teacher at music camps and fiddling/dancing workshops all over the world.

Andrea has released six solo albums, one duo album with her father, Kinnon Beaton, and three books of her original tunes. She also recorded an album with her family "The Beaton family of Mabou" in 2007 for the Smithsonian Institute. Most of her solo albums were nominated for awards, and her 2010 CD, 'Branches,' won the Canadian East Coast Music Awards "Instrumental Recording of the Year!”

Beaton-Plasse is the name of Andrea’s most current project - a fiddle duo with Véronique Plasse from Québec. They have just released their first album, a lively and sensitive mix of traditional and original music from Cape Breton and Québec.

With whichever combination of musicians, Andrea is sure to get your toes tapping and put a smile on your face.