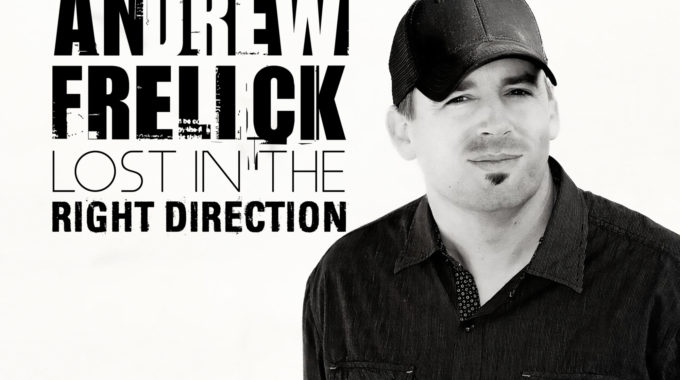 Born in Halifax, NS and having grown up in the nearby town of Bridgewater, Andrew is rapidly building momentum as an award winning Independent Canadian Country Music Artist.

A single/demo version of “Spread Some Good Time Around” was released early 2015 and finished as a regional semi finalist in the CBC Searchlight 2015 contest. Additionally "SSGTA" reached #18 in June 2015 on “The Iceman's Top 40 New Artist Country Countdown”, a well respected online radio station with a reputation for discovering top Independant talent. As a result of the song's success, Andrew was invited to perform in Nashville, TN on June 14th during CMA Fest 2015 on stages sponsored by Robert Golomboski (The Iceman), KORE PR, NStyle Country, Tunesmith Entertainment, and 101.5FM "THE ONE". The venues of Boot Barn, Plush Ultra Lounge, & George Jones Entertainment Complex were right in the heart of downtown Nashville during the largest country music festival of the year.

After gaining a substantial following online, Andrew has a clear vision and has his sights set on mainstream radio charts. His debut EP, "Time Stands Still", produced by veteran Nashville Producer Chip Hardy, released to iTunes on 08/22/15, and within 48 hours of its release, became a "New and Noteworthy" album for the country genre and reached #78 on Top Canadian Country Albums on iTunes. The first single from the EP, “Unlove You”, was released to Canadian Country Radio via Lauren Tutty Radio Promotions on 08/24/15, and has seen positive acclamation from stations coast to coast. After the radio release of title track “Time Stands Still”, Frelick‘s focus turned to new music from EP “When I Was Little”, the 2nd produced by Chip Hardy @ The 515. This recording with radio singles: “When I Was Little”, “Til I Found Love”, and “Throwback” has continued momentum and aided in the growing popularity of artist, Andrew Frelick.

The release of Nashville recorded EP's “Time Stands Still” & "When I Was Little" both fuelled Frelick’s growth as a country artist, and added to his credibility as a proficient songwriter with co-writes on the majority of both recordings. Growing also as a performer, Frelick supported both projects through radio releases, interviews, and live performances. Performances that have included Cavendish Beach Music Festival, The Josie Music Awards (Country Blast Radio) in Nashville, TN, as well as headlining multiple shows and fairs. Additionally, Frelick has broadened his fan base by opening shows for country stars Corb Lund, Aaron Pritchett and Carroll Baker.

In September 2017 Andrew connected with Nashville producer Scott Harter. Ready to take the next step in his musical career , an EP produced by Harter is thought to be just that step. The first radio single, “Live To Love You”, is set to release to country radio December 7th , and digital download everywhere December 11th. A co-write by J. Michael Harter, Trey Matthews, & Earl Bud Lee (Friends In Low Places co-write for Garth Brooks), the next single and first from soon to be released EP “Lost In The Right Direction”, is set to be Andrew Frelick’s most successful song to date. Just the next step needed to rise Andrew to the next level.

Andrew Frelick is making his mark with his unique sound and is definitely one to watch.