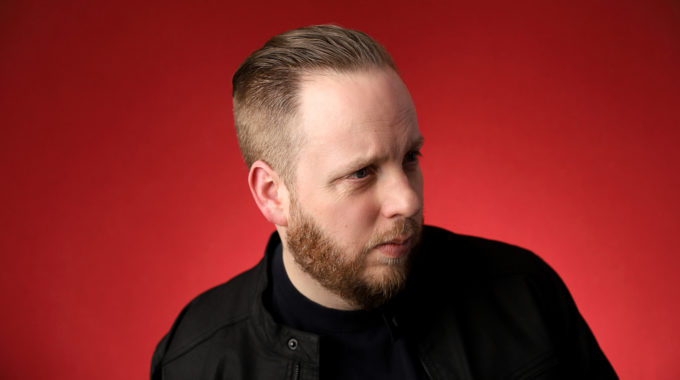 Andrew Newton - When The Time Is Right
BUY MUSIC

A Caper by birth, Andrew has been involved in the performing arts since he picked up his first set of drumsticks at the age of 10. In 2000, he graduated from the Canadian College of Performing Arts in Victoria, BC. Since then, he has been a part of numerous performances as musician, singer, actor, and music director; from Sydney to Vancouver and as far north as Dawson City. While pursuing musical endeavors on the East and West coasts, Andrew built his chops on-stage and in the studio with such acts as Barnaby Jones, Black Gold Victim, Wee Boy Pretty, Dark Horse, John Scott Band, J.A.M., The Outlaws, Kate Proctor, Nic Swales, and One Less Rock Star. His current full-time music gig is playing drums & singing with Halifax band Frisky Biscuit.

Andrew has been writing his own music for as long as he can remember. His first solo recording was back in 2005 with This Is My Theory. In 2006, he recorded the single "Find Me", which was a runner-up for song of the year on VH1's Songoftheyear.com. Since then, he has released four other solo albums: What It Is, Too (2012), We Have Left The Caves (2013), and the latest project, When The Time Is Right (2019). Not only does Andrew do all the composing and arranging, he also performs most of the vocals & instruments in the studio.

In regards to style, Andrew’s music takes in multiple influences including: classic rock, pop, funk, singer/songwriter, Celtic, progressive rock, and musical theatre. Imagine if Rush and The Roots went to Cape Breton for a week to watch a lot of cartoons; you may get a small sense of what you’re about to hear from one of his several solo projects.