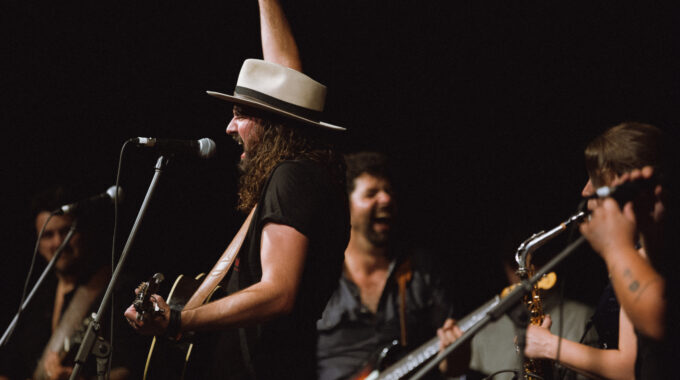 “Andrew Waite is a born frontman, that goes without saying, but it’s his songwriting craft that sets him apart for me. He’s been knocking at the door of success and I believe it’s his time to kick the damn door open. 100% rocking 100% attitude 100% given on stage. He just gets it and it’s a pure joy to watch live.”

Andrew Waite’s passion for songwriting, stage performance and education bleeds into the music he crafts—his songs embody unmistakably real emotion, producing an unforgettable experience when paired with his energetic live shows. And that passion is really paying off: in the midst of his most successful years to date, Andrew Waite recently won the coveted SOCAN Songwriter of the Year award from Music PEI (2020) for his song “Cash It In”, a tribute to Canadian veterans. His first solo effort, Tremors, garnered Waite 11 awards and nominations, including East Coast Music Awards nominations for Rock Recording of the Year and Video of the Year.

Mixing folksy vocals with high-powered instrumentals, Andrew Waite’s approach to songwriting is inspired by a range of artists, including Jason Isbell, Glen Hansard and Bruce Springsteen. From sold-out concerts with 10-piece bands and booming horn sections—to pared-down, intimate acoustic sessions—Andrew’s range speaks to his refusal to be boxed in. Waite recently worked with producer Chris Kirby on his sophomore album (Oct 2021), which includes co-writes with the Trews front runner Colin MacDonald. More at www.andrewwaitemusic.com.

Come along. Start the record. Sing along. Like you need the release to belong.