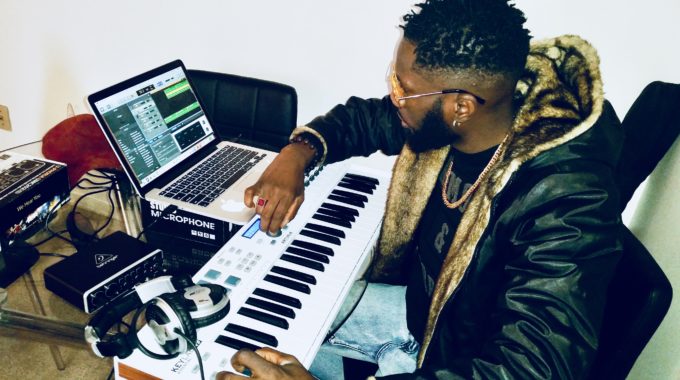 Based in Moncton NB, a Canadian originally from DR Congo, Ange Made is a Pop RnB Soul artist musician, song writer and beat producer. People describe him as “the one who makes you fall in love and brings in an atmosphere of joy “.

Introducing himself in this Bio, Ange Made is bringing out who he is in the music world in a brief way, opening himself to the music promoters, music producers, music industry and also sharing his music in the social network. From
2012 was is first stage at the Battle of the Arts NB in Moncton, 2013 to 2014, he was invited to perform at the international night event of the University of Moncton, that’s where he was connected to work with some of the Moncton’s DJ such as Classot Dj of the V NIGHT CLUB and Empire DJ of Moncton University  and trough them he recorded his first two tracks called “LOVE ME” and “JUST FOR YOUR LOVE “. The same year, he was called to perform at the opening conference of theMosaïque Festival de Danças & Artes do Corpo in Moncton. He also performed at the Black History Month at the Moncton Capital .

In 2015, Ange Made started working on his first mixtape of 9 tracks call EYES OF THE EAGLE. After working on the mixtape, he came to collaborate with Virtualstudio of  Daniel Gerard to record his voice and get mastered. In 2016, he released his mixtape on soundcould.com.
Ange made is now working on his Afro Pop Soul album. Furthermore, he's looking forward to collaborate with other artists and also to perform at events, shows and concerts.