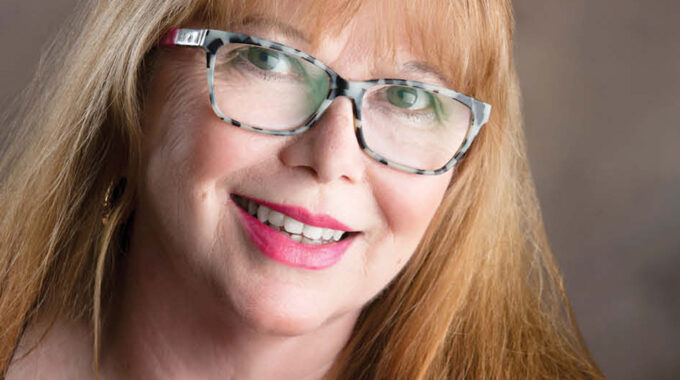 Hi , My name is Angela Iannetti, a new artist to the Music Industry. My first full Album titled "Full Circle" , was released September 2020. "Full Circle consists of Blues, Blue Grass, Country, Jazz, and Celtic Rock, and Contemporary. A year after my release, I was honored by three nominations by Music Nova Scotia, for Best Blues, Best Jazz, and Best Inspirational. To say the least I became overwhelmed with tears of joy, and excitement, an honor which far exceeded my wildest dreams. Since that time I have released"A Cape Breton Christmas", a collection of beautiful Traditional Christmas Carols . My most recent releases are "Send Me An Angel", my first Country Gospel, and "Angels In The Dark", a tribute to the Indigeneous Children, truly a song of heartfelt Condolences. My very first song recorded and performed professionally was a song titled "Bonfires". I was requested to sing "Bonfires" by a lady named Sandra Ernst, the partner of the man who had written it, Todd Ingram. I was taken back and very surprised that they would ask a complete unknown to sing such a powerful Ballad. "Bonfires was a commemrative song for WW1, and aired in the UK, Europe, Washington and across Canada. So you see, if I had not been asked to sing "Bonfires", I would probably never had followed through on my silent life long Dream, to sing and record. I have written and sang since I was a little girl, but kept my passion silent in fear of not being good enough. You see, someone I admired very much told me I had a horrible voice, and I believed that person. I owe Sandra and Todd so much for believing in me, and opening a window of opportunity, which otherwise would have remained closed. I had a team of amazing Musicians work on "Full Circle", namely Chris Iannetti , Ross Billieard, Chris Pottie, Peer JAnes, Ryan Roberts, Anthony Rossesco, Todd Ingram, and Paul Ross, all recorded and produced at Iannetti Recording Studio, Halifax. To date I have sold over 400 CD"s. "Full Circle" has five original songs and three cover songs, and has a book of original poems about real people, places , and events in Nova Scotia. "A Cape Breton Christmas" is eight beautiful Traditional Christmas Carols, and accompanied by Chris Iannetti, guitar, and Ross Billiard on piano and hammond organ, it also comes with a book of original Christmas Poems of real people, places and events of Nova Scotia. I have been so blessed in the last year and a half, as by some miracle, this has all come together so beautifully. I would encourage anyone, at any age, go after that Dream.... Thank you to all of the people who believed in me, as these were and remain the coat tails of confidence which I ride upon.

A well-known and respected Northside businesswoman recently realized a dream she kept to herself for most of her adult life.

Angela Iannetti is the owner and operator of Hair Masters Salon and Career College in North Sydney. She has been working both as a cosmetologist and instructor for 36 years. She also operates a restaurant and catering service from the Emera Centre Northside.

COVID-19 led to the temporary closure of the restaurant and the career college has remained closed since the pandemic hit last year.

Iannetti said for the first time in almost 40 years she was left with more downtime than she knew what to do with.

“When COVID started I was faced with not being consumed by work. I decided to make use of my downtime by concentrating my efforts on fulfilling my lifelong silent dream of singing.

“I like to sing but honestly, I never really did it in any organized way before. I love to sing with fellow choir members at St. Joseph’s Church in North Sydney and of course, I do sing in the shower.”

In 2019, Iannetti was asked to sing a song titled "Bonfires" for a commemorative celebration of the anniversary of the First World War. The song was released in 2018 and was written by Todd Ingram of DS Music Productions.

“I was surprised to receive the invitation to sing because it was such an honour and I wasn’t performing professionally. The performance sparked an interest in me wanting to work even more on my music.”

One thing led to another and before she knew it she was getting ready to record “Bonfires” at her nephew Chris Iannetti’s studio — Iannetti Recording in Halifax. Additional music was included and the single turned into an album.

“In early September 2020, I completed 'Full Circle,' which consists of eight songs, five of which are original. It was a great experience, I worked with some of the best musicians in the province.”

"I love to sing with fellow choir members at St. Joseph’s Church in North Sydney and of course, I do sing in the shower.” — Angela Iannetti

On Sept. 19, Iannetti celebrated her 60th birthday with a CD release that included family and friends at the Northern Yacht Club.

“We performed ‘Full Circle’ live. Needless to say, I was terrified, excited and overwhelmed with tears of joy from the support of family and friends, who made my dream a reality.”

The interest in Iannetti’s first album laid the groundwork for a second album and just before Christmas she released a holiday compilation.

“As if doing my first album wasn’t fulfilling enough, I decided to go ahead and do a Christmas album. It all happened really fast. In mid-November, I phoned my nephew Chris in Halifax and suggested we do it. He said sure and that we could start in July 2021, I laughed, replying, ‘no, we need to do it now.’ He said it was impossible and thought I was crazy for even considering being able to do it so quickly.”

Much to the delight of her fans and thanks to her tenacity, “A Cape Breton Christmas” hit the shelves in mid-December 2020.

Iannetti has long been a poet and she said going forward she would like to record some of her poems as well.

“I would like to record the poetry I have written for the benefit of people who would enjoy sitting and listening to it. It would be my hope that the poems could help bring back memories of growing up in Cape Breton.”

In the meantime, a book of poetry is included with the purchase of both “A Cape Breton Christmas” and “Full Circle.”

In early February, additional copies of “Full Circle” will be available for purchase at venues all over the island including the Cape Breton Curiosity Shop in Sydney, Mr. Fi’s Frames in North Sydney, Farmer’s Daughter in Whycocomagh and Hairmaster Salon and Career College on Archibald Avenue. For a full list of available locations or to order “Full Circle” contact angelaiannetti@hotmail.ca. Orders will be shipped upon request.

In advance of the sale of the CD, fans can tune in and hear Iannetti perform on iTunes, Amazon or YouTube. She is also receiving airplay on a number of local radio stations.

When asked what her plans are going forward, Iannetti said it goes without saying that album number three is in the mix.

“I am thinking Gospel,” she said.