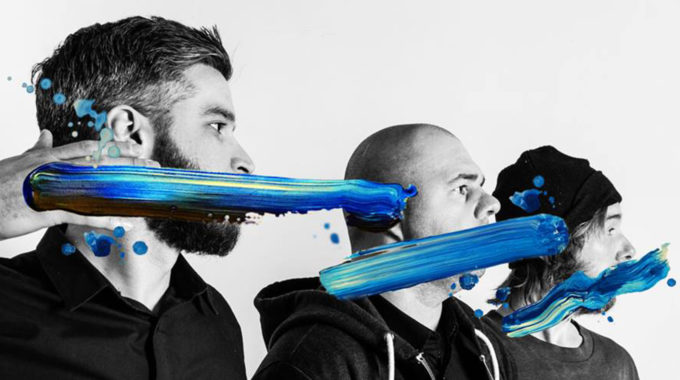 Another North have been referred to as a ‘90’s nostalgia band’ for fans of mid 90’s and early 2000’s alternative rock. Echoing influences the likes of Incubus, I Mother Earth, and Our Lady Peace, Another North have developed a diversified catalog of melodic and accessible music. Their eclectic approach to writing has produced a wide variety of songs, ranging from hard hitting alt-rock (Diversion, Pulse), to pop-rock (Glass, Body, Moth), and dreamy indie (Both Sides, Stay the Same), all of which are available on their MusicNL supported sophomore album, ‘The Missing Mouth’ (released, Sept. 28th, 2018).

Based out of St. John’s, Newfoundland, Canada, Another North’s current line-up consists of Aaron Morgan (lead vocals and guitar), Joe Tucker (lead guitar), and Brad Wells (drums). Another North’s debut album, ‘Nomadic’ (released Aug. 5th, 2014) was nominated for MusicnNL Alternative Album of the year, and was supported by two successful Atlantic Canadian Tours, punctuated by showcase performances at the 2015 East Coast Music Awards, and a recent opportunity to open for Our Lady Peace during the 2018 George Street Festival. It’s with great excitement that Another North look forward to expanding their reach into the East Coast and beyond with their new album, ‘The Missing Mouth’.