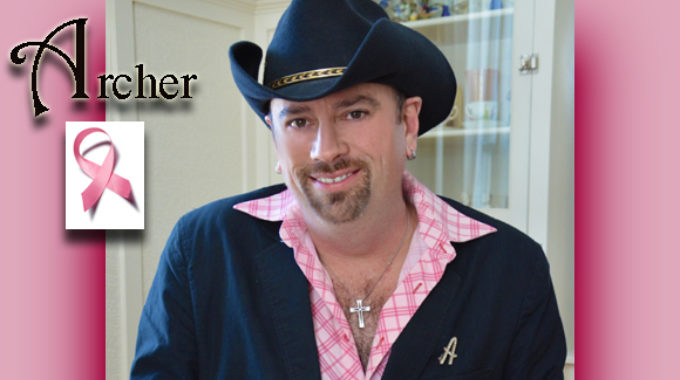 International Country recording artist “ARCHER” is embarking on a new chapter in the music world for 2014 and 2015.
The highly anticipated sophomore release of a whole new side of Archer a complete gospel CD promises a much deeper side of ARCHER than you have seen before.

This will be his sixth International CD release following the highly acclaimed CD “Emotional and Inspirational, which was nominated for many awards in 2013 and 2014 which included the single release entitled I’ll Never let Go is a moving story of never ending love co written with Mr. Jim Richardson an accomplish Songwriter from Boston U.S.A award winning Producer Carman Guerri and Local producer Gordon Belsher and Richard Wood.

“ARCHER” is promising this release to be a truly unique project as it will feature for the first time ever a 2 CD collection with 20 tracks with a potential launch date of late 2014 early 2015.

We have also learned that Archer will be teaming up with “Friends” other artists known for their extraordinary music talents such as, Jolee Patkai, Nathan Condon, Courtney Hogan,Katie Mc Garry ,Eddie Quinn, Richard Wood, Kelly Mooney ,Janet Mc Garry, Judee Patterson, and Stacy MacInnis with more to be announced at a later date.

This is truly a first of its kind and one to watch as it will bring some of the best know talents together to sing from their heart and to inspire the world all on one CD release.Archer is excited about the next chapter and challenge ahead and is looking forward to seeing the talent shine of his new friends.

The CD will also feature a touching tribute to his mother Faye titled "Thank You God for Mothers" that was inspired by his relationship with her.

Archer's previous recordings included such hit singles as "You Have Me" , "Let’s Dance" and "Blue Of The Sky", an album very close to his heart as it was written for his late mother who passed away of breast cancer in 1992 when he was just 22.

Also new for 2014 and 2015 Archer has formed strong new partnerships, with his music proudly supporting charities and organizations such as The Heart and Stroke Foundation also the Canadian Cancer Society and now World Vision, allowing Archers arrow to touch even more hearts around the world.