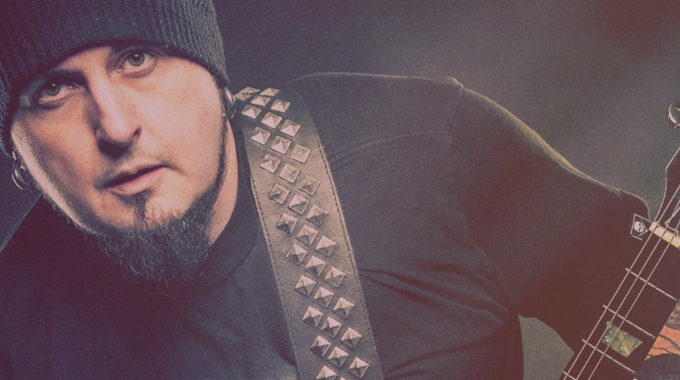 At two years old, Aron Scott was given his first Elvis Presley record from his Mom. At four years old he discovered KISS and Alice Cooper in the same magical day. At age six, he received a compilation record,
a gift from his Dad, with Jimi Hendrix, Black Sabbath and Deep Purple. There was no turning back.
His fate was sealed and a true rock rebel was born.

Fast forward many years, many songs, many scars, stories and tattoos later. Dues paid again and again, mile after mile underfoot, a guitar in one hand and a tattoo machine in the other, the idea was born and the
fire was lit. There was to be an earthquake. A big one.

Enlisting the help of the worlds best rhythm section a.k.a. the incredible Yves Arsenault with his thunderous
drums, the amazing Stephane "Ged" Bouchard growling away meticulously on bass, along with a slew of hyper- talented personnel and guest artists, an album was born with all the snarl and glory of the best 1970's arena
rock. It is unabashedly rugged and unapologetically honest. EARTHQUAKE, however, is not a retro record or an imitation of days-gone-by, but a modern collection of hard rock-n-roll songs that are imbued
with that much longed for spirit so lacking in much modern music. The addition of Aaron Einfeld on guitar completed the lineup, making the live assault larger than life and sonically about as subtle as a boot in the face.

Hard copies of the debut album "EARTHQUAKE" are available at various locations including independent record stores and and Aron Scott's own tattoo shop, Artist's Ink in PEI. It is also available for download on cd baby, itunes, amazon mp3, google play, slacker radio, spotify, bandcamp, reverb nation and just about every other download and streaming site you can imagine.

The driving force behind the band and EARTHQUAKE is the attitude, fun and honest party esthetic of the great arena rock acts. As much a fan as a player, Aron and the band create the kind of music they want to hear, real Rock N Roll. The kind of Rock N Roll that makes you throw your hands up and scream at the top of your lungs with lusty, beery glory and feel
good and feel strong and feel the earth, quaking under your feet.