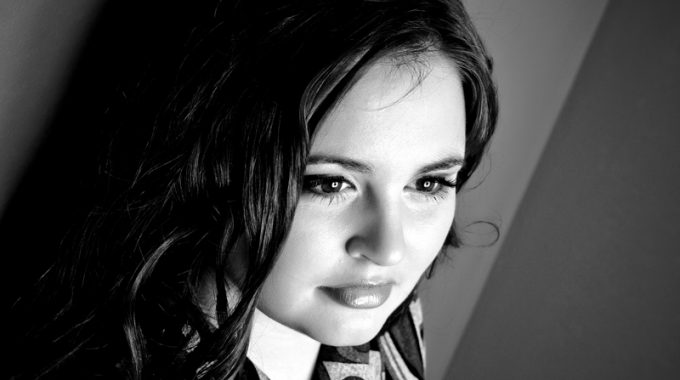 Aselin Debison has been a corner stone for the musical landscape of Cape Breton for almost 12 years. Despite her young age, Debison is a well-recognized performer around the world. Her career began at the age of 9 when Aselin captured the hearts of Canadians as she performed the unofficial anthem of Cape Breton, “The Island”, for a coal miners’ rally in her hometown of Glace Bay, Nova Scotia. From that moment, Debison’s success has climbed steadily.

In July 2000 Aselin was asked to perform for the Canada Day celebrations on Parliament Hill in Ottawa alongside country singing sensation Paul Brandt. The next year, Debison released her first album entitled “The Littlest Angel”, which was nominated for an East Coast Music Award for “Pop Album of the Year”. At the time, Aselin had emerged as perhaps the fastest-rising star in Canadian music. Shortly after, she was spotted and signed to an exclusive recording contract with Sony Music Canada by president Peter Gelb; the youngest to ever sign with the company.

Debison's debut album with the Sony Music family, “Sweet Is The Melody”, was released in September of 2002 and produced by pop luminaries Peter Asher and George Massenberg. The album was a complete success peaking at number 8 on the Billboard charts and receiving numerous East Coast Music Award nominations.

A highly successful tour across North America gave Debison a slew of many great opportunities including singing the anthem for the Toronto Raptors, performing at Carnegie Hall with Clint Black, singing for the Boston Tree Lighting ceremony twice, appearing on several television talk shows and specials, performing for the prime minister of Canada, and performing for Queen Elizabeth the II’s Golden Jubilee celebrations at Roy Thompson Hall alongside The Tragically Hip and Oscar Peterson. Aselin was also enlisted to record the theme song for the holiday film “Blizzard”, entitled “Center of My Heart”, which was nominated for Gemini award in 2003. Debison next set out for a tour of Japan where her single, “Moonlight Shadow”, charted at the number 3 spot replacing Madonna. With the release of “Sweet is the Melody”, Aselin recorded a hugely successful television special for CBC and PBS, which was later released on DVD. Aselin also made her songwriting debut with this album, penning “The Dance You Choose” with friend and fellow Cape Breton artist Bruce Guthro. Happy with the end product, Aselin decided it was time to work on her sophomore album.

In February of 2005, Debison released “Bigger Than Me” to rave reviews at the East Coast Music Awards in Sydney, Nova Scotia. This new album showcased Aselin’s development as both an artist and budding songwriter. Debison co-wrote each track on the album with help from friends Dave Thomson (co-founder of teen pop band Wave) and producer Thomas "Tawgs" Salter (initially renowned as a member of the 1990s Canadian rock band Dunk). With the release of “Bigger Than Me” came a cross-Canada mall tour, a second invitation to perform for the Canada Day Celebrations on Parliament Hill, more East Coast Music Award nominations, as well as an endorsement deal with Fender Guitars.

Widespread corporate restructuring at Sony Music globally throughout 2006 and a merger with BMG Music saw many of the key people involved in Aselin’s youthful industry ascent suddenly out of work. While Canadian talent rosters were in the process of being slashed, Aselin parted ways with the record label to try things on her own. Debison started her own label and in the summer of 2010 released her fourth studio album “Homeward Bound”. The lead single from the album, “Close To You”, has received tremendous radio airplay around Canada, topping the East Coast Countdown at number 2. “Homeward Bound” brings Aselin Debison and her sound back to her roots in folk based country tinged music.