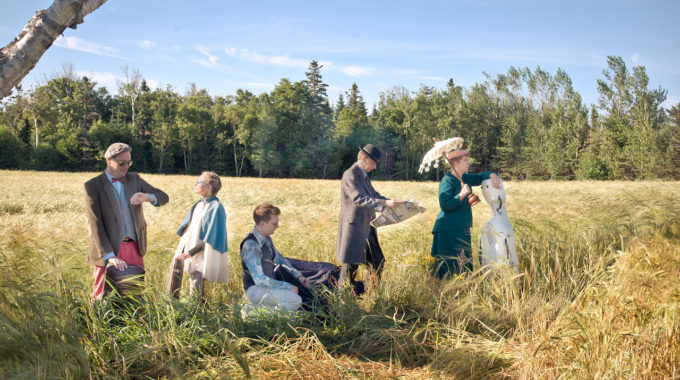 The Atlantic String Machine was formed in April 2015 and is based on Prince Edward Island. The group is made up of five musicians with considerable professional experience, in a number of musical genres, having performed worldwide with internationally recognized symphony and chamber orchestras, ensembles, bands and individual artists. They have recently joined together to present a wide range of music from classical to jazz, pop, world music and their own compositions.

Since their inception, the Atlantic String Machine have performed numerous concerts including sold out houses at the Watermark Theatre in Rustico, Harrington House in Rice Point and the Haviland Club in Charlottetown. The 1st year’s feature performances included collaborations with well-known Newfoundland jazz guitarist Duane Andrews, Charlottetown’s dynamic vocal ensemble Sirens and clarinetist Dr. Karem Simon, as part of the UPEI Recital Series. Since then, ASM has produced its own concert series in both 2015-16 and 2016-17, has collaborated with several Island musicians, including Paper Lions, Nathan Wiley, and Kelley Mooney, and has performed concerts with Atlantic musicians such as The Once and Matthew Byrne in the Indian River Festival and the PEI Mutual Festival of Small Halls. In April 2017, the ASM will perform another in a series of a special cross multi-artistic presentation performances titled ‘Letters of Note’, combining music, spoken word and art.

In 2016, having been awarded a creation and production grant from the Arts Council of Prince Edward Island, the ASM with the assistance of John D.S. Adams of Stonehouse Sound recorded their debut CD, ‘Lost Time’, which was released on September18, 2016. The CD includes the eclectic mix of repertoire for which the ASM has become known. The ASM was also awarded a small business grant from Music PEI to aid in the production of a professional promotional video, which was released on the same night as the CD. The ASM was fortunate enough to win the 2016 Music PEI award for Achievement in Classical or Jazz, and has been nominated for 3 2017 Music PEI awards.