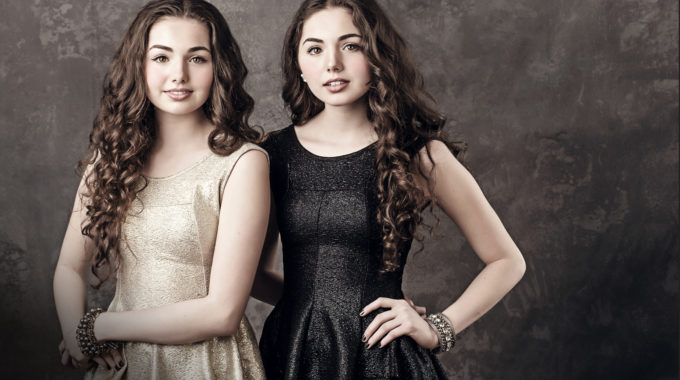 Ava & Lily Rashed are 14-yr-old twins from Charlottetown Prince Edward Island who are set to take up the torch in a long-time family music tradition. Their grandfather was Country Hall of Famer Charlie Chamberlain, and their father, David Rashed, the keyboardist for platinum-selling band Haywire.

The sisters are already singer/songwriters of note with their song “Worth It” having sparked the anti-cyber bullying initiative www.Iamworthit.com, a program of the Stop Cyber Bullying Global campaign. As multi-instrumentalists, the talented pair have guitar, piano, fiddle and gango covered.

Ava & Lily’s first single, “OK With That”, was released in 2017, accompanied by a video. The release was followed by enthusiastic local media support, with coverage by the CBC and The Guardian. Ava plays guitar and piano and lily plays the fiddle, guitar and piano. Their first live performance was at the age of 9 at the Confederation Center for a Stop Cyber bullying youth summit.

Their first studio Album is now available on Itunes, Apple Music and Spotify.

All songs are written, co-produced and performed Ava + Lily.