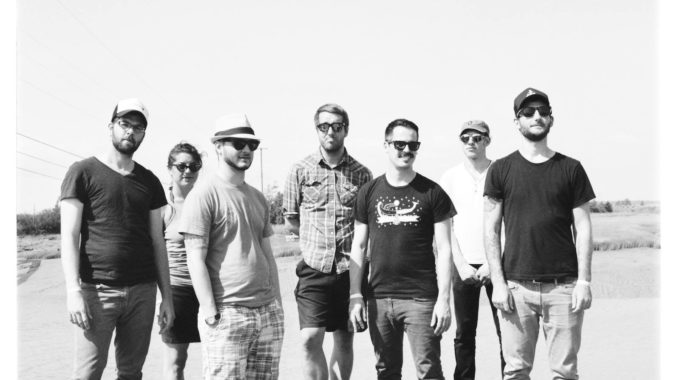 "Banded Stilts reach back to the grand old folk traditions within a contemporary alt-roots sound" (Toronto.com) and utilize a variety of instruments including guitars, accordion and violin to tell stories of ghost towns, gold rushes and goners. Following the release of their much praised EP, "By the Back Stair," the group have showcased at Sappyfest, the ECMA's, Halifax POP Explosion and have toured the country by train. ﻿Throughout 2012 and 2013 when Banded Stilts weren't too busy sharing their songs on the road, the group hunkered down at the beautiful and modest Spaces Between studio in Halifax and recorded "Little Village." The album was recorded by Don Mackay and collects together nine songs of distinct narratives and characters. While still delivering a few folk romps, the new LP sonically veers away from the folky formula of the EP and features some upbeat pop and sparse piano ballads. The tales of mystery, tragedy, wonder and lost love that unfold within the album are stories that could have been told in any and every little village.