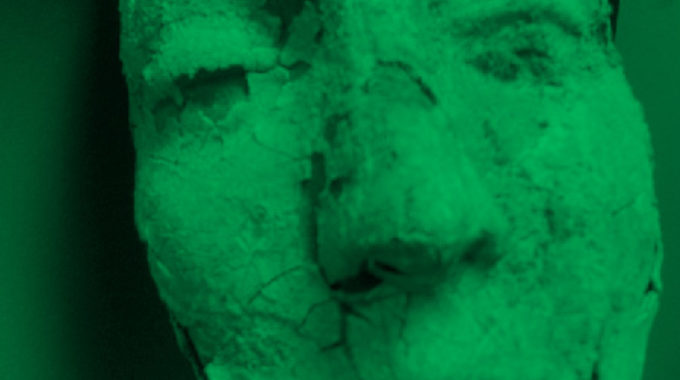 Barron - Dont' Give In
http://www.youtube.com/watch?v=pkkNG5AGrUo

Doug Barron has been producing music, film and art since the mid 70's when he arrived in Halifax in a chocolate brown Volkswagen bug with a set of drumsticks and a casio keyboard. He immediately formed a
band called the Radio Peas which had a regional hit with a song about Frank=s Bandstand called >Go Go Girls=. The band worked with the comedy troupe Theatre or What and performed with Lenny and the Lava Lamps, the Baby Crushers and Roland Blinn. Barron worked as a radio producer for CJCH, C100, and contributed to CBC=s >90 Minutes with a Bullet= in the early days as well. By 1980 Barron was ready for more heady stuff so he formed an experimental keyboard trio called Sum Fun You with local multi-instrumentalist Fred Zepellin (Eric Morshead) and singer Jane Fondle (Sylvi Schmidt). He also toured and recorded with a street busking folk-protest outfit called the Fabulous Sitting Ducks with Ron-Doug Parks (Buddy & the Boys, Ian Thomas, Kevin Head Band) and Fred Zeppelin.
By the mid 80's Barron found himself on morning radio at Rock giant Q104 in Halifax-Dartmouth as
morning personality Hal Harbour. There he cut several records with Brother Jake Edwards and Dr Bruce Murphy (Men without Hats, Steps Around the House) and produced a short film called >Beam Up the Beans= based on a song about crossing the MacDonald Bridge from Halifax to Dartmouth called >Pay the Token Man=.
In 1986 Barron was driving a crusty blue Peugeot and he and his wife Jennifer loaded it up and headed for the alternative climate of CFNY The spirit of Radio in Toronto. As Hal Harbour he found himself among living legends Reiner Schwarz, Don Berns, The Live Earl Jive, Chris Sheppard, Hedley Jones where as Director of Canadian Talent Development he was executive producer of the CASBY Music awards, and dished out a ton of Air Time , recording sessions, and even financial support for up and coming bands like The Barenaked Ladies, Tea Party, I Mother Earth, Acid Test, the Cowboy Junkies and Head. While in Toronto Barron/Harbour re-united with his musical collaborator Dr Bruce Murphy who had just finished a tour with Men Without Hats and they quickly formed the tech-pop outfit Stunt Chimps for Burgess Meredith. The band opened for M.C. Nine Hundred Foot Jesus to a packed house at the Rivoli Club , got rave reviews, scored with an indie hit video produced by Jaymz Bee (The Look People) for the song >She Wild= . When the Chimps disintegrated Barron hooked with bass player Stephen Outhit to form Funky Bummer with stream of consciousness guitarist Reiner Schwarz. The Bummer recorded three songs for the experimental tech-pop CD >Here Come the Sound Pirates= with producer Graham (PopGuru) Stairs and violinist Hugh Marsh. It was at this point that Barron/Outhit/Schwarz collaborated with singer Sara Craig on >Thank You Very Much= a song which became an outstanding video and a European Hit. The song was also featured in the motion picture >Pretty Girl Crossover= (Screen Ventures Ltd)
By the early 90's Barron was missing the ocean waves so he and Outhit headed east with their respective families. The dynamic duo opened Deep Nine Recording Studios and Rehearsal Space. It was the height of the >New Seattle= music explosion in Halifax and Barron ended with working with Sloan, Thrush Hermit, Hardship Post, Cool Blue Halo and recording albums with Sandbox, Burnt Black, The Purple Helmets, Big Ethel and Ellen Regan Devine. He also shot and directed videos for Doctor Yellow Fever and the Jive, Freak Mob and Guru Workshop. During that time he was nominated for Dance Artist of the Year for the 12" vinyl release >There Was A Time= as Hal Harbour.
Barron is currently a part time tech/announcer/producer at CBC radio Maritimes and works on the Weekend Mornings Show with long time friend Stan Carew. The two play in a rolling pop zydeco band called >the Barbecue Kings= with fellow broadcasters Costas Halavrezos ,Jon Domagala , Mario Bradet & pr wiz John Gray..
The Instrumentals was Barron=s third release of hip hop/dance/ambient music. The previous releases ASoundtrack to the Music in My Head= and >MixMan Summer 99' were well recieved by Canadian Campus Radio Stations and led Barron into the world of soundtrack production for TV and Radio. He actively freelances in the world of commercial production to support his family and his addiction to surfing.

Barron has also written and directed a short comedy >mock-u-mentary= called Renaissance Guy about the life and times of man for all reasons Jerry Bonaventure. The instrumental >Theme from Renaissacne Guy= is found on this current release along with >There Was a Time= and the stoner trip hop masterpiece >Eating a Sandwich Stoned=. Deputy Doug=s Trance Atlantic Space Trip was followed by “Love Power Hop’ an album of tripped out ambient loops and music for bath tub time. His newest one is called ‘COLLECTION’ featuring several side project bands including Funky Bummer, the Longboards and the Rash Guards.
CONTACT: Doug Barron at 902.425.8836 harbourbarron@hfx.eastlink.ca
(Additional information can be found at)
www.harbourmastermusic.com