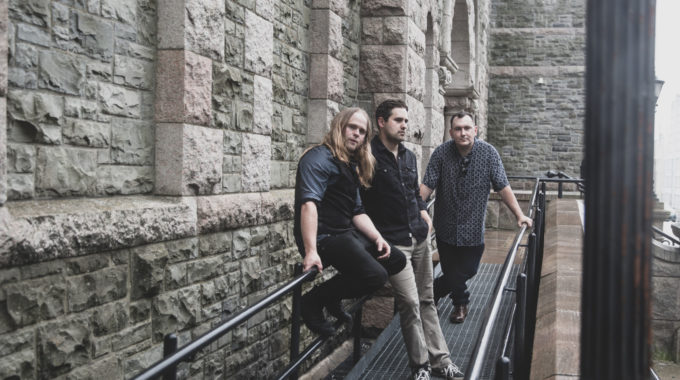 Like the infamous North Atlantic fog from which the group was born, Beauwater exists in the grey. Not quite one thing, but no more the other, their brand of Blues laden Rock walks the boundaries between both genres, tip-toeing between themes and stylings from each and bringing the best of both worlds to life. Drawing inspiration from Blues Rock pioneers of the past and present, Beauwater delivers hard-driving riffs and vocals, clever lyricism and soulful grooves in a manner that’s all their own.

Formed in 2008 in St. John’s, NL, the group’s history is proof of their versatility and ability to appeal to both Blues and Rock fans alike, having performed with acts such as Our Lady Peace, Third Eye Blind, Big Sugar, The Trews, Matt Mays and Hey Rosetta! Their 2016 album ‘Lovers, Fools and Kings’ propelled the group into the regional spotlight, earning the 2017 ECMA for Blues Recording of the Year, bringing their career total MusicNL Award nominations to 5, and earning regular radio play across Atlantic Canada and the North-Eastern United States.

The group, made up of Jonathon Reid (Guitar/Vocals), Greg Newhook (Bass) and Mike Maddox (Drums), looks to pick up this momentum in 2021, releasing their third studio album 'Who Works For Who?' in Fall 2020, and setting their sights across Canada to follow up their successful “It Only Took Us A Decade” Tour this past year, which saw them span Eastern Canada with Festival performances in four different provinces. No strangers to the festival stage, the group has been repeat performers at the Wreckhouse Jazz/Blues Festival, Iceberg Alley Performance Tent, George Street Festival, as well as five-time MusicNL Week Showcasing artists and two-time ECMA Week Showcasing artists.