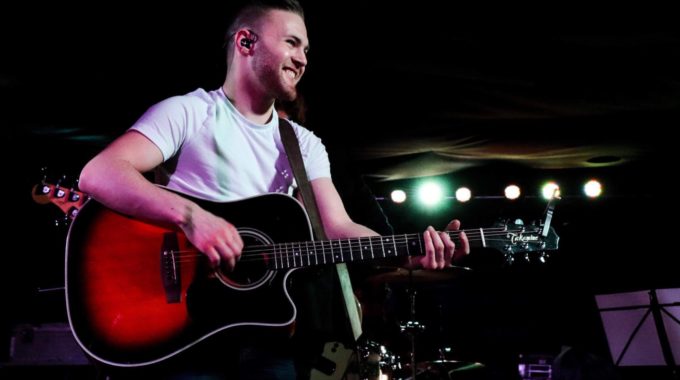 21 year old, Ben Chase, a pure Spitfire destined for stardom born and raised on the western tip of Prince Edward Island, Ben honed his skills on every stage offered to him.

Ben grew up in a well known musical family in P.E.I. A family who is known to showcase a tremendous amount of talent and energy like no other. Watching his relatives from a very young age inspired him to want to be on that stage as well. After years of performing from such such a young age, he has shaped into a great young artist and high energy performer who the audience does not forget.

At the age of 13, Ben had became PEI's youngest winner of the Provicial Youth Talent Comepetition, then went on to nationals and represented P.E.I at the Canadian Finale. He was a finalist in the Atlantic provinces popular show 'Maritime Idol", and was a 3 time 2017 Music PEI nominee where he won the award of 2017 Music PEI Cover Band/Artist of the Year. This is only a handful of the things he has accomplished so early in his career already.

In January 2017, Ben made the decision to tour in Alberta which has proven his determination to break ground nationally as an artist. In less than a year in the province the young artist has already accomplished very impressive things such as:

Played nearly 100 full shows with his band around Alberta in various Casinos, Bars, and Pubs.

Ben is currently working on his first release, with 2018 CCMA Producer of the Year Nominee Matty McKay, which is to be released to radio in 2018. Watch for him as he makes his mark in the coming years.