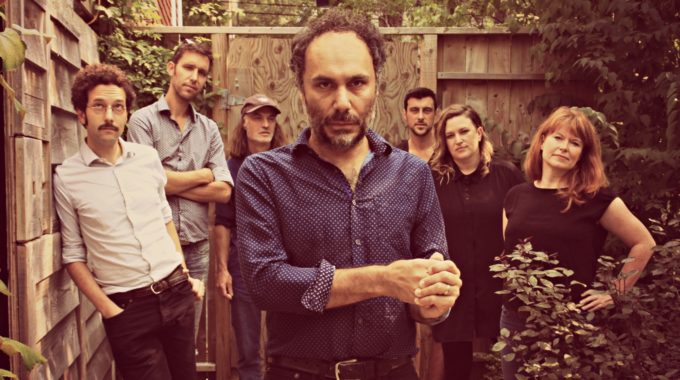 Halifax’s critically acclaimed Bend the River announce the release of their upcoming “Through the Long Night” EP for release Dec 6, 2018. Produced by Juno-award winning producer and musician Joel Plaskett at the New Scotland Yard studio in Dartmouth, Nova Scotia, this new recording includes four new tracks and sees the band expanding their arrangements and sound under Joel’s production to create a distinct blend of pop, folk, soul, jazz, and rock and roll.

Bend the River formed in 2008 and have established themselves for their live performances, provocative arrangements and writing, and for an overall seventies vibe. Featuring a lineup of award winning east-coast talent that straddles jazz, Americana, country, folk, and hip-hop, they have been described by critics as “Halifax’s alt-folk supergroup”, “cinematic” and “reminiscent of The Band.” 2014 saw a Music Nova Scotia nomination and notable critical attention for their second album, “So Long Joan Fontaine.” They continued to expand their sound and audience with a series of shows including their “Harvest Jams” series where part of their performance included improvised arrangements backing over 50 Nova Scotia songwriters (including Al Tuck, Ben Caplan, Thom Swift, Christina Martin, etc.) They also appeared across the Nova Scotia festival circuit in venues including: Dead of Winter, Halifax Pop Explosion, and Full Circle Festival.

This time around, songwriter Ronok Sarkar already known for a visual, cinematic style explores themes of modern-day separation, remorse, and loss—but rather than taking a subjective view, the lens pulls far back allowing Joel and company a wider angle to build an entire musical and vivid world. “Remnants” is the perfect balance of Plaskett indie-feel with Bend the River’s distinctive retro vibe — a romping, seventies-style number about coming to terms with the lingering “remnants” of a failed relationship. “White Line” takes us down a road of regret where one is never sure who is the cause and who is the passenger. “Another Shade of Blue” traces a man’s journey into his past, scouring clues for the roots of his sadness. The four tracks draw on soul, country, jazz, and hints of just about every style of rock and roll to get the message across. But by the sprawling, trippy finale: “Through the Long Night” about a woman’s breakdown, the EP marks the landing of a unique new musical adventure and a new direction for Bend the River.