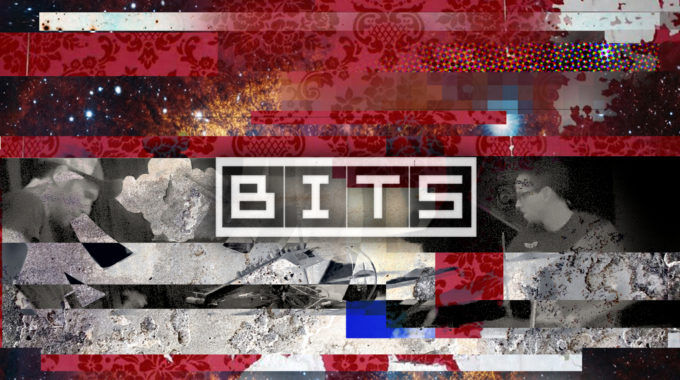 BITS’s live show is a dance party with a mix of projection installations designed and composed by the band, with live multi-instrumental loops of guitar, voice and synth, reinforced with a loud, driven drummer that turns a dance party into a rock show. This duo consists of Jonah Haché (Les Païens/Stephen Lewis and the big band of fun/VJ) and Marco Lebreton (DJ Marco Logik/Stephen Lewis and the Big Band of fun)

In 2015, BITS toured through Switzerland, Germany, Holland and Belgium, coming back to Canada for the next year to focus on Canadian festivals such as Evolve, Follyfest, Future Forest, Midsummer Madness, Inspire Festival and Pop Montreal.

For the rest 2015 into 2016, BITS toured more through Quebec, Ontario, and around the east coast, building the sound and testing more elaborate shows. Since summer of 2016, the band has begun working with a variety of local VJs to perform the visuals and coordinate the set design, to allow for a timely and over-all more elaborate show.

March of 2017, the EP "Sequel" will have it's release tour through Germany, Belgium and Holland, continuing back in Canada late spring. Summer of 2017 consists of Canadian and US touring. In touring, BITS always brings visuals.

BITS also designs visuals outside of it's own projection, VJing to some of the same festivals, such as Evolve (two stages), Future Forest, FrancoFête, Midsummer Madness, FICFA, Messtival and AcadieRock.

BITS is compared to acts such as Holy F*ck, Beck, Radiohead, The Roots, Aphex Twiin, Bonobo and Gold Panda.