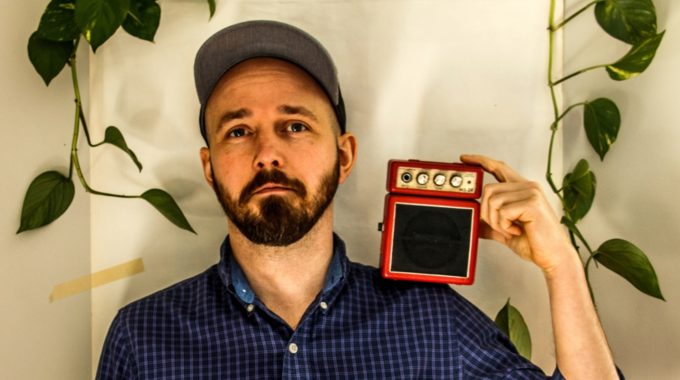 Having spent a good part of his 20s as a busking vagabond, Chad McCoy creates songs that celebrate self-reliance and discovery, stylized after the 90's Alternative music he grew up on, and in true D.I.Y. fashion, played on instruments he's made and modified himself.

Currently, he is performing as a “one-person-band”, speedily strumming an amplified acoustic guitar, kicking out a drum beat with his 2 feet, and tapping out tunes with his trusty Little Tykes toy piano, all while singing songs that celebrate independence and positivity. Chad McCoy is a genuinely unique performer and artist, blending the D.I.Y. nature of punk, the approachability of folk, and the straight-up good times of rock and roll.

Chad McCoy is also the stage name of Brad McGoey, who chose this pseudonym based on a joke between 3 friends back in ‘06. It has proven to be quite confusing.

“Great Team! is the latest from Chad McCoy, and it bounces along in that Hold Steady sort of tradition. Gruff vocals and pop hooks don’t always blend seamlessly, but there’s no question they do here.”— Adam Carter, In The Key Of C, CBC Radio