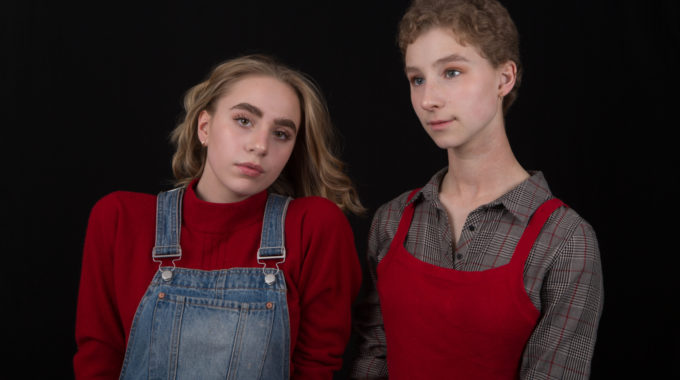 Bridget and Dahlia, 2016 newfound talent contest winners met during a Theatre Newfoundland and Labrador production in 2011 when they were both 10 years old. Bridget, a native of York Harbour NL, had been writing songs and playing guitar from the age of nine, her creativity and talent exposed only through little performances in the basement with her cousins. Dahlia, born in Toronto ONT, had always wanted to be an actress and had a vested interest in music and composing but had only ever performed for her parents, never expecting to sing on stage. It was when Bridget invited Dahlia to the Mr.H presents make music happen conference in Corner Brook, that they wrote their very first song, “music”, and preformed it later that day. Since then, their music has flourished, along with their friendship. Bridget and Dahlia are known to sing with beautiful guitar playing and sweet harmonies.

Bridget and Dahlia’s performance at Music NL’s Newfound Talent Competition earned them a spot on the Newfoundland and Labrador Folk festival main stage where they melted the hearts of the 10,000 audience members. They have since recorded a demo CD which has received play from CBC radio one, CBC radio two, Blues and Roots radio worldwide and numerous community radio stations. They have demonstrated understandings of emotion and pain beyond their years. Bridget and Dahlia’s performances on stages all over Newfoundland have earned them opportunities to perform at “the gathering”, open for the Fortunate Ones at the Corner Brook Arts and Culture Center, numerous performances at the Rotary Arts Centre and at other venues and events. These two 17 years old girls continue to create and perform original music and look forward to the release of their debut CD “Runaways” June 27th 2019.