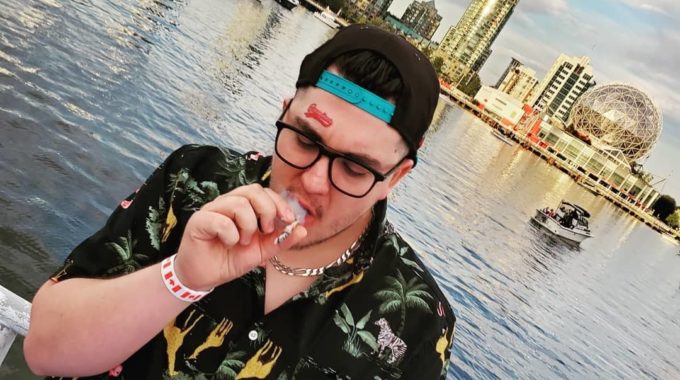 Braxton Cleaver, better known by his stage name Brizzy is a 22 year old Canadian Hip-Hop Recording Artist who was born and raised in Oromocto, New Brunswick, but currently resides in Chilliwack, British Columbia. Brizzy began writing lyrics at the young age of 8 then later recorded a track "Listen to the Music" around the age of 18, but released his first track titled "Headshot" on SoundCloud in 2015.

As a Hip Hop artist from New Brunswick, and now living in British Columbia - which is a very urban province - its fair to say that him being surrounded by many heavyweights such as Snak The Ripper, Merkules, as well as the urban culture that surrounds the province in general has played a big role in the artists inspiration to produce, record and release music.

The artist released his self-titled debut album BRIZZY, under his own independent label, with distribution support from the ViiiZUALEYES Records subsidiary-label known as Hype-R Music Group, the style he delivers on this album is definitely unique and a sound for all types of music lovers to enjoy.

In 2018 of October, the artist joined forces with the independent-label Hype Music Group a division of ViiiZUALEYES Media Group & Recordings Inc. to found his own label Rizzy Records / Rizzy Recordings with the act of a distribution agreement to release all his and the labels' artists' future releases. Brizzys' debut album "BRIZZY" is available on all online music-stores and streaming services!! With a mixtape set for release in the fall of 2019, official release date is tba at a sooner date across social media.