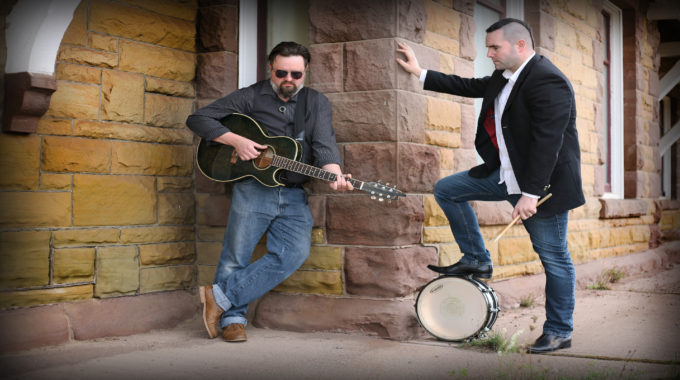 Masons Tender is the songwriting duo of Bryon Chase and Chris Daigle. Eager to give new life to old stories and to point out the small moments that make life what it is. They have been writing and performing together in the maritimes and across Canada for over a decade. Raised on both coasts of Canada Bryon grew up familiar with land, sea and mountains. He played with numerous rock and metal bands before studying Jazz. At university he developed his love for world, Celtic and Jazz musics. His original compositions have been previously nominated for two ECMAs. As a multi-instrumentalist and songwriter Bryon has a balladeer's approach to music and spent many years playing celtic/traditional music. Bryon feels his partnership with Chris helps him connect with his rock roots and see things from a different perspective. Chris studied percussion at the U de M and has played guitar and drums for many groups over the years. He tries to stay current and is always open to new ideas in music and sound. A gifted songwriter and passionate performer always ready for another song….or set. Chris feels Bryon brings a willingness to see any idea through before giving up on it.

For a number of months Masons Tender has been working with the
infamous Wes Jagoe  (Wooden Music Studios Saint John NB ) not only on
Already Gone but also helping Wes track and record/produce a folk album
of amazing original songs about small moments in history in the town of
ST Martin's NB.  Scheduled for release in 2018 it promises to tell some
great stories about a pretty famous little town of ours.

Their
latest release ( ALREADY GONE ) is a reflection on being weak, being
strong, love and love lost and all the internal struggle that is the
human experience.