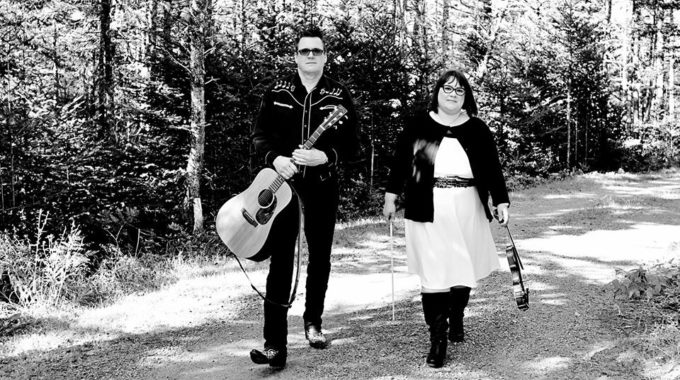 Buffy & Larry are a strong musical duo who write and perform in a way that immediately transports you to a peaceful place. Their musical styling is influenced by their Bluegrass and Celtic roots.

Larry Boutilier was born into an award winning musical family led by his grandfather ‘Fiddlin’ Bill’. ‘The Boutilier Brothers’, his father’s band was awarded the Stompin’ Tom Award. Larry’s own band ‘The Birch Mountain Bluegrass Band’ took home East Coast Music Awards in 2000, 2002 and 2004 with a nomination in 2006.

Buffy began singing at local concerts and gatherings at a very early age on the musically rich soil of Cape Breton. Her grandfather’s love of traditional Celtic music brought the fiddle to her hands with pride and gave way to instruction from fiddle legends John Donald Cameron and Gordon Cote.

The time has arrived to experience their magic as Buffy & Larry.