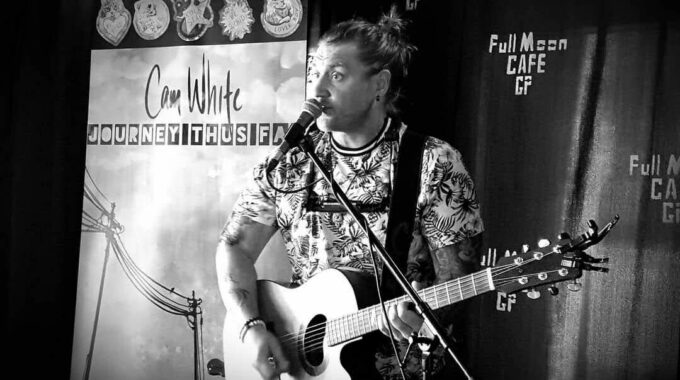 Cam White is a singer-songwriter based out of Halifax, Nova Scotia whose music spans multiple genres infusing raw mocha rasp filled vocals with heartfelt lyrics, guitar, loops and harmonica telling stories of life, love and travel. If Rob Thomas was mashed together with a Baritone Ed Sheeran and some Tom Petty as a garnish you would come up with something similar to the style of Cam White. The former frontman and writer for the North American touring Alt Rock Group Cam & The Collective, he recently launched his solo career with the release of his 20 song album "Journey Thus Far" (December 2021) and the associated summer 2022 Journey Thus Far tour across Canada!