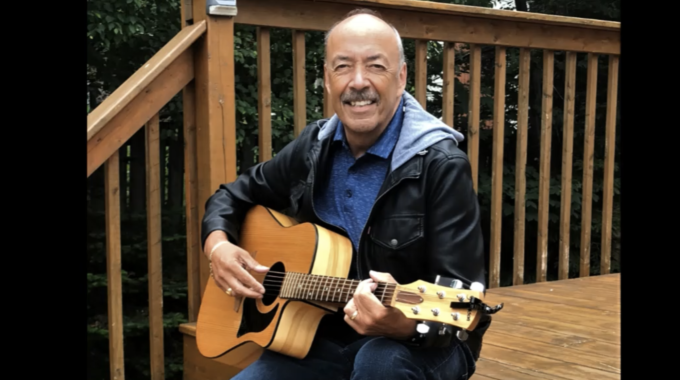 Carl Lundrigan - My Hometown on the Edge of the Sea
https://www.youtube.com/watch?v=ns0Vmok-ivA
Region: Newfoundland and Labrador
Genre: Celtic, Folk, Traditional

"Back Home to My Isle of Newfoundland". 2022 is Newfoundland and Labrador's Come Home Year for Newfoundlanders and Labradoreans living away from their beautiful Island in the East Atlantic. My song is written with the emotions of people wanting to come home to live or even just for a visit. The last 2 years have been especially hard for people with the pandemic shutting down those freedoms and now finally our people can travel and return to see their family and friends. It is a great Come Home to Newfoundland and Labrador 2022 song.

"The Day When Tears Fell Like Rain" is about the four crab fishermen from St. Lawrence, NL and their boat Sarah Anne lost to tragedy in Placentia Bay, NL. Four fishermen lost their lives, the boat was never found and the cause of the tragedy is still a mystery today. The bodies of the four men were recovered and returned to their families. I am originally from a neighbouring community called Little St. Lawrence.

"My Ireland is Calling Me". The song is about an Irish Immigrant who left Ireland many years ago and now has a strong urge to return to his/ her beloved Ireland. Both my family and my spouse's family have deep roots in Ireland and can't wait to go there again. I was even born on St. Patrick's Day lol.

Released my fourth single titled "My Hometown on the Edge of the Sea" March 23rd, 2022.

This new original is about my hometown where I grew up. The town's name was Little St. Lawrence better known to people in the area as Joe Harbour. Almost every man who lived there had a Joe in their name lol. (Bob Joe, John Joe, Bill Joe Jim Joe etc.)

The song can be about any little town that is close to the sea whether in NL or Ireland or anywhere else a person grew up on the edge of the sea.

I still refer to it as home even though I haven't lived there for years but I visit every year to care for my parents graves and visit relatives who still live there.

The song brings back special memories of how simple life used to be and memories of how hard things were back in those days. Men were either miners or fishermen and both livelihoods were very dangerous.

A very emotional and vivid memory there was losing my father to lung cancer when I was 14 and he was only 50. He was a fluorspar miner and ventilation systems were very poor back then and most men in the community died at young ages from the fluorspar dust/ cancer of the lungs. Many young widows were left to raise their families on their own in the worst of times.

Currently working my way through writing 7 original songs (to date 6 are fully produced, 4 released) before I release my second CD 2022.

For further information or wish to purchase the CD contact carllundrigan@gmail.com