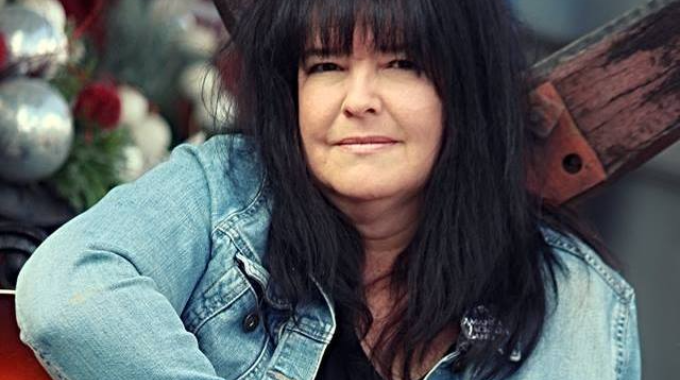 Canadian recording artist Carla Bonnell brings depth, diversity and colourful storytelling into play with her songwriting talents, that touch on folk, blues, country, bluegrass and roots elements that fuse together to become her special and unique contribution to the music scene. As a singer-songwriter, Bonnell wears her heart on her sleeve, which is channeled through her lyrics that express universal themes that everyone can relate to.

When Carla Bonnell hits the stage, expect to be entertained, educated on proper Maritimes slang, and have your musical senses dazzled at the depth of soul in her own compositions. Carla has played for the many and the few throughout her professional career. Her sets are often mixed with her own songs and some of her and her fans favorite covers. Being a water sign, she is quite mutable, and will often change her set while on stage if she senses the vibe of her audience is craving a certain mood for the evening. Carla comes from a nowhere road called Hwy 10 in New Brunswick where she enjoyed being raised by her grandparents on 100 acres of mosquito breeding ground where she hid out in her room as a teenager and learned to play guitar out of a book. There was no googling our youtube available. Although trained as a pianist, guitar became the instrument of choice only because it was lighter than the upright piano to take to house parties. Her strongest musical influences were bands such as Skynyrd and Steve Earle that seemed to have a strong cross over ability between genres while holding the spirit of folk music in the midst.