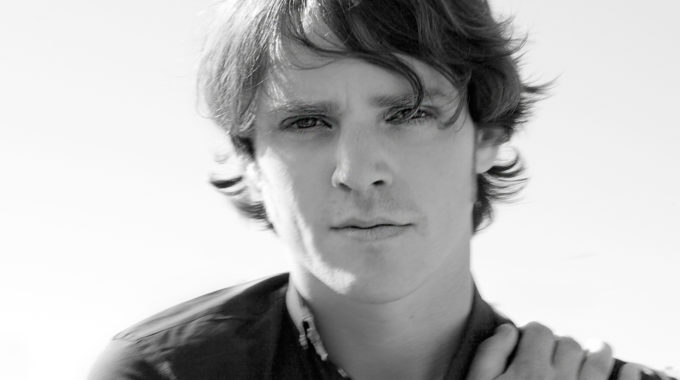 Dodging between the hushed tones of “Blood is Thicker Than Water," the Low-era Bowie inspired “Climbing Up The Walls," and the graceful pop of “Signs of Life," Draws Blood's three song opening introduces a vast sonic pallet that continues throughout the album. Influences and inflections are meticulously pieced together to carry the emotional weight of each track.

The album is dedicated to Stone's mentor and close friend, Jay Smith. A veteran musician in Nova Scotia, Smith was a trusted confidante and Stone's first-ever co-writing partner. He passed away mere weeks before Stone was to enter the studio to record the album.

Paying heartfelt tribute to his longtime friend, Stone summarized the album's theme by saying, “Draws Blood is about what we lose in life and the way we hold ourselves as we carry this pain forward, still trying to find the joy that makes every day worth living."

The loss, the healing, and the clear-eyed, dogged pursuit of a life well lived are present throughout Draws Blood. A desire to address these weighty and relatable experiences is at the core of Stone's strength as an artist. He excels at tapping into an ideal balance between that lyrical gravity and a love of melody. An unabashed pop music fan, Stone says his tenure co-writing at the Gordie Sampson Songwriting Camp has been an eye-opening experience that allowed him to mature as a composer.

Teaming with songwriting vets like Sampson, Beck, Collett, and, previously, Hawksley Workman (the Juno Award-winning musician who produced Stone's 2011 self-titled album) has fine-tuned Stone's understanding for how to pick the right songs for an album. He says his ultimate goal is to pick the ones that impress him more than others.

After all, he concedes, the older you get and the more you write, “the harder it gets for your own work to impress you."

“The new star on the horizon belongs to Carleton Stone, who is quickly developing into a major national talent." - Bob Mersereau (CBC Radio & author of “The Top 100 Canadian Albums")

“Stone embraces this same charisma through his positive vibe, likeable voice, and ability to capture the audience." - Plaid Magazine