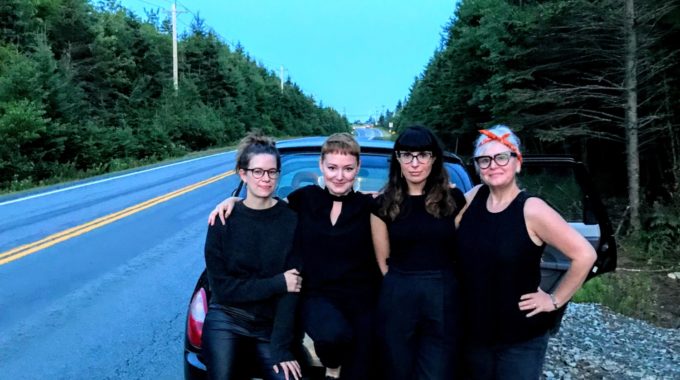 Cassie Josephine & The Cry If I Want To's

With “a voice that sits between Roy Orbison and Dolly Parton,” Cassie Josephine provides a vintage sound to her deeply personal narratives (Jeff Liberty - CBC). Her latest collection of songs, Only Half Blue, is one she thinks of fondly as a fairytale of middle-aged proportions. With her backing band, The Cry If I Want To’s, Cassie’s dreamy anthems are brought to life with soaring harmonies, violin, piano, and electric guitar.

The album’s incredible lineup of musicians consists of Gianna Lauren, Erin Costelo, Anna Wedlock, and Cassie’s sister Krista MacDonald. The chemistry of the group is striking, elegantly highlighting the album’s sincerity, while quietly lifting the songs up as dreamy anthems that fill your heart.

Cassie wrote these songs in the months leading up to her fortieth birthday. Her “narratives, exceptional story telling, and her voice will melt even the coldest of hearts as she considers her first 40 years and looks forward to whatever life is going to throw at her in the next 40” (Rocking Magpie).

This singer-songwriter based in Halifax, NS is nominated for Best Country Artist in The Coast's Best of Halifax 2019 Reader's Choice Awards and Only Half Blue is nominated for Country Recording of the Year at NSMW 2019.