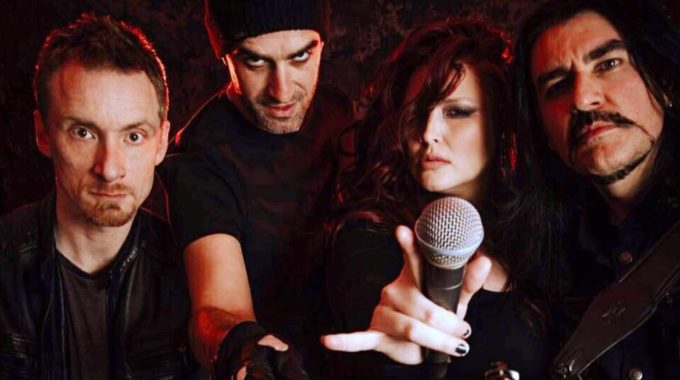 Hailing from the misty shores of the northeast Avalon, Category VI formed in early 2010. The band brings something new to the local Newfoundland metal scene as they are the only female-fronted melodic metal band in the province! Category VI has performed live in St. John’s actively since 2010 with other local hard rock and metal bands as well as with touring bands Including NAIL and ANVIL and to date have released two full length albums.

The band self-released their first full album "Fireborn“ in January 2014. The album received plenty of praise and great reviews on both the local and international level. Two music videos ("Reborn“ and "Silence befalls the crowd“) were produced for the album. "Silence befalls the crowd“ has been released 4/28/2017 on the DVD "Kill For Metal Vol. I“, a compilation of videos of label-mates on the KILLER METAL RECORDS label. The band have performed regularly for over 7 years at many venues.

Not long after the release of "Fireborn“, CATEGORY VI signed to Killer Metal Records. The band spent most of 2015 writing and perfecting material for their second album "War is Hell". Recordings for the album took place throughout 2016 and wrapped up in June 2016 at Redhouse Recording in St. John's, NL. Album mixing was done in the summer/fall of 2016 and mastering was completed in early January 2017 by Lacquer Channel Mastering in Toronto, Ontario. "War is hell" has been released globally as of June 9, 2017.