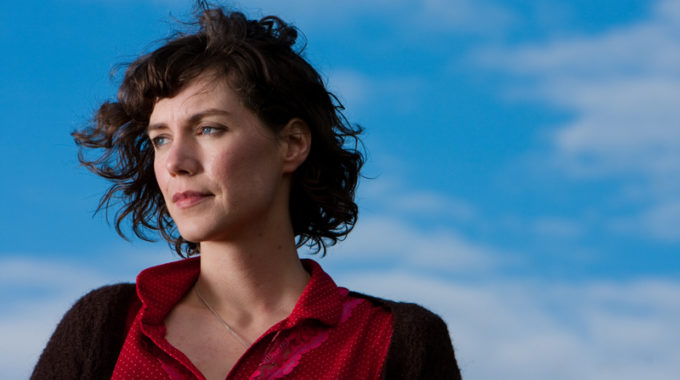 Catherine MacLellan has become one of Canada's finest singer-songwriters on her own merits. She's kept away from the media circus and celebrity scene, preferring to live at home in rural P.E.I. She's worked diligently at her craft, releasing a series of remarkable, creative albums, culminating in the Juno Award-winning The Raven's Sun from 2014, to go along with multiple East Coast Music Awards, Canadian Folk Music Awards, and Music PEI Awards. Most impressively, she has chosen to carve out her career path without trading on her family name.
That's pretty hard to do, when your father is one of the country's most famous songwriters. Gene MacLellan wrote two world-wide, multi-million selling smash hits: Snowbird by Anne Murray, and Put Your Hand in the Hand by Ocean. There are dozens more gems, including The Call, Bidin' My Time, Shilo Song and The Reunion Song. But Catherine insisted on making it on her own.
"I didn't know who I was yet, and so I didn't want to be in his shadow and have that kind of pressure on me," she explained. "People would talk about my dad, but I would try to steer the conversation away from that for the first while."
But now, that's changed. MacLellan has gone from shying away from those songs to fully embracing them, with a stunning new album celebrating her father's musical legacy. If It's Alright With You: The Songs of Gene MacLellan contains 13 of her father's most famous compositions, songs that propelled him to fame nearly 50 years ago, and remain the gold standard for Canadian songwriting.
"I don't put a lot of stock into awards, but when Chris (Gauthier, her producer) and I did The Raven's Sun and we won the Juno, it felt like, 'Okay, I did it,' I know who I am, and people seem to also, and they appreciate my music on it's own. Now I want to share my dad's music and it's also an opportunity for me to get to know him better. The more I get to know his songs, the closer I feel to him."
The discovery for MacLellan had been sometimes bittersweet. She lost her father while still in her mid-teens when he died in 1995.
"I think really for me it was part of my journey of healing. I thought that I was over the grief of losing my dad. I thought I had dealt with it in lots of rational ways, which I guess I had, but I hadn't actually emotionally finished that journey," she said. "But now that my daughter is eleven, and I'm starting to see my brother's kids playing music and they're even playing some of dad's songs, I see the generational thing is really cool. I'm really proud to be walking in his footsteps."
She's taken the journey one step further; in addition to the album, MacLellan has written a new theatre show that debuted in July in Charlottetown, at the P.E.I. Brewing Company stage and has been selling out 3 nights a week. Also called If It's Alright With You, it's filled with stories from her father's life, from surprising revelations to intimate descriptions of their time together. It features the selections from this album, as well as lesser-known and even unreleased songs she's discovered in her family archives. After the show finishes its run in P.E.I. in the summer, she'll take it on tour across the country in the coming months.
With her grace and charm, Catherine MacLellan has captivated audiences since her 2004 solo debut. She's capable of the deepest emotional connections through her intimate lyrics as well as easy-going and light-hearted fun. There's some of all that on If It's Alright By You, as well as some surprising interpretations, a welcome reminder for old fans of her father's, and an introduction for a new generation.
"He would be happy to know that his songs continue on, being remembered and given a new spark," she said.

If It's Alright By You: The Songs of Gene MacLellan features two generations of Juno Award-winning artists, and is available from True North Record.