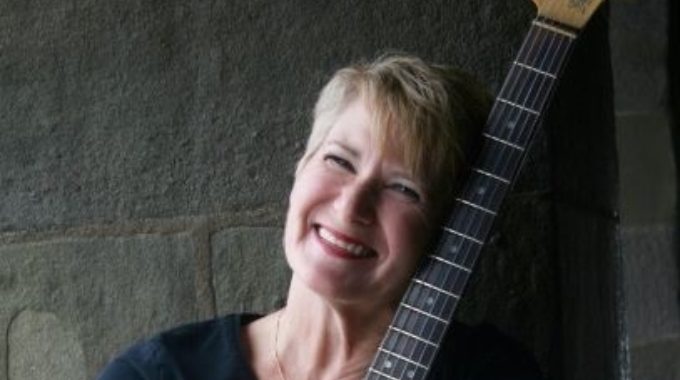 Imagine Melissa Etheridge, Pat Benatar and k.d. lang as one entity! Cathy Hutch is a NB singer/songwriter who writes and sings from the very core of her being. She is a recipient of the 2008 Diane London Award (Fredericton), received a New Brunswick Oscar for Autism award for her co-written song "I'm In Here"; performed at the 2019 ECMA Blues Showcase Stage and also the ECMA Rising Star Showcase (2008); and been a finalist for the CBC Galaxie of Rising Stars Showcase.

In 2016, Cathy opened for Canada's First Lady of Country Music, Carroll Baker, at the Imperial Theatre in Saint John and was invited back on stage to sing the closing song with Carroll. She has also performed at numerous theatres and fundraising events throughout the Maritimes.

Her latest self-funded release, entitled "Free Wheelin" was engineered and produced by Paul Milner (Eddy Grant, Keith Richards, Glass Tiger, Matt Andersen) and pays homage to the blues and classic rock music that Cathy loves so much. It is an unforgettable collection of 10 originals and one cover song that re both a testament to joy and the resilience of the human spirit.

“Cathy Hutch is everything that is good about live music. She is charming, witty, multi-talented and has a smile that would light the way out of a bar during a power failure. With or without accompaniment Cathy is every bit a professional entertainer. Her cover treatment of “name” artists from Pat Benatar to Patsy Cline gives any stage she inhabits a hall-of-fame vibe. As a songwriter, Cathy exhibits insights into the human condition that show her to have a heart as big as her voice. And man can she liven up a crowd! She rocks, she rolls and, above all, she entertains." Richard Blacquier

In the springs of both 2018 and 2019, Cathy embarked on six week solo cross-Canada tours to promote her new CD, each time driving over 15,000kms from NB to Vancouver Island and back, making many new fans and friends along the way. 2020 promised to be Cathy's most successful year yet, with 89 bookings for the year as of March 1st when COVID-19 shut everything down. However, she managed to perform several shows over the summer, until venues once again had to cancel performances in the fall and early winter. Here's to 2021 being a better year for all performers!