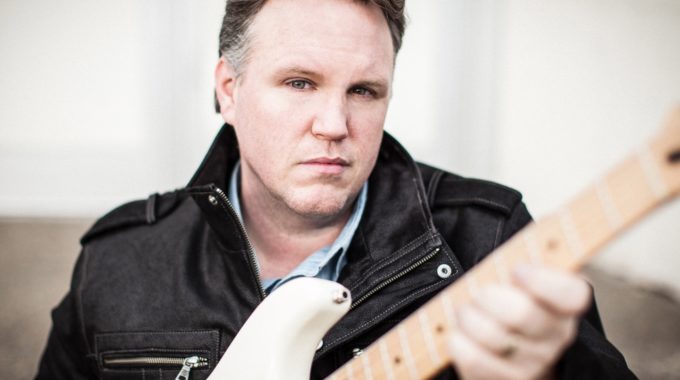 Canadian singer-songwriter-guitarist Charlie A’Court is the proverbial force to be reckoned with. Planted at the crossroads of roots and soul, Charlie’s mighty voice, fierce guitar work and contemporary songwriting have earned him an international following and a host of awards and accolades for his five solo albums to date, including his latest offering, Come On Over, winner of the 2015 East Coast Music Award for Blues Recording of The Year.

Recorded at Blackfoot Sound Studio in Sydney, Australia, Come On Over features eight brand new songs, and a fresh take on two of A’Court’s previous releases – “Broken Man” a fan favorite co-written with Jamie Robinson, and “I’m Sorry”, co-written with Kim Wempe, and this time around featuring a soulful vocal duet with Australia’s Mahalia Barnes . The album title track and lead single, “Come On Over” is a co-write with Australian musician-producer, Mark Lizotte. In fact, Lizotte was in the producer’s seat for A’Court’s entire new album. The pair first met when both Charlie A’Court and Mark Lizotte a.k.a. Diesel, were invited to showcase at Canada’s East Coast Music Association Conference in 2013. They quickly acknowledged their shared influences and stylistic similarities, and their musical partnership was further enhanced when A’Court was invited to tour as support on a series of Diesel concerts in Australia. During their time on the road together a creative synergy evolved, and the rest, as they say, is history. “Come On Over” (the single) is receiving solid support at radio, including reaching the number one spot on the nationally syndicated East Coast Countdown.

Born with the gift of voice, Charlie A’Court grew up in rural Nova Scotia, Canada, where he spent his youth learning to play guitar while immersed in his father’s vinyl record collection – discovering singers like Otis Redding and Sam Cooke. “I remember being so profoundly moved and almost not old enough to know why” says A’Court. "There was something honest about the way they sang. They would sing with such conviction that simply commanded attention.”

It wasn’t long before he discovered albums featuring blistering blues guitar. B.B. King, Buddy Guy, Albert Collins and Albert King made their way to the top of the pile and to the ears of a young, imaginative A’Court. “These guys would wail in a way where every note mattered. They sang without apology and played guitar like it was their last day” recalls A’Court, “and then there was Eric Clapton. He really opened my mind as a musician. Clapton’s music showed me that my music could balance between blues and adult contemporary songwriting.” Over the years, A’Court’s influences grew to include contemporary artists such as Jonny Lang, Colin James, John Mayer and Joe Bonamassa.

“In the process of making my new album, I learned that my producer (Mark Lizotte) had co-written a song with Joe Bonamassa and I’m thrilled to have had the opportunity to record “No Slack (Feeling’s Gone)”, for this new album.”

Charlie A’Court began performing with his father on local stages before he was of legal age, regularly wowing the audience with his soulful vocals and well-honed guitar skills. Fuelled by that experience and the fire that comes from finding and following one’s passion, A’Court began touring and recording on his own, releasing his debut CD, Colour Me Gone in 2003. He swept that year’s Music Nova Scotia Awards with wins for Male Artist of the year, Blues Recording of the year, Album of the year, Entertainer of the Year and received his first ECMA nomination for New Artist of the year. He’s since released four more albums, securing another fistful of Music Nova Scotia awards including a second capture of their Entertainer of the year award (2009), and has lined his mantle with five East Coast Music Awards in categories from Blues Recording to Pop Recording to R&B/Soul Recording, along the way. A’Court has also had national recognition, receiving 2014 Maple Blues Award nominations for both Male Vocalist and Songwriter of the year with his 2012 release, Triumph & Disaster.