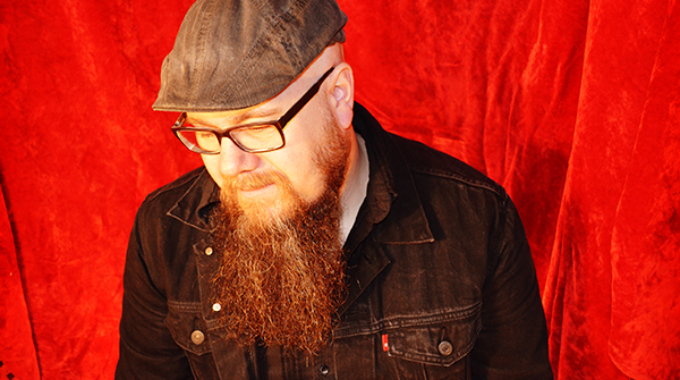 With southern-inspired soul and a heaping dose of the blues, multiple award-winning Canadian Chris Colepaugh delivers a powerhouse of driving rhythms, crunchy guitar licks, and badass vocals. As the multiple award-winning frontman of the group Chris Colepaugh and the Cosmic Crew and Gold City Ashes, he has performed at prestigious festivals such as SXSW, CMW, NXNE, NEMO, Evolve, Canadian Music Cafe and has spent more than two decades actively touring Canada and the United States. Part of his itineraries has included dates with Government Mule, North Mississippi Allstars, and Big Sugar as well as CCCC performances at the House of Blues, the Hard Rock Café, tours of New England and southern US, the U.S. West Coast, Southern California and multiple cross Canada tours.

In addition to his band and solo work, from 2010 to present Chris has lent his multi-instrument talents to platinum artists Roch Voisine and Big Sugar, fiddle champion Samantha Robichaud and NB blues icon Matt Andersen. And all this while releasing music, putting on live stream interactive concerts and planning for his upcoming releases.

Chris Colepaugh’s song “Caught Up To You” was featured on the international hit television show Degrassi: The Next Generation ( Episode 808-2008 ). He was also a semifinalist in the Starbucks Music Maker Series in Vermont and was featured alongside Moe., Bob Weir and Umphrey’s McGee on the 10,000 Lakes Festival CD.

“Jamming blues rock band Chris Colepaugh and the Crew construct their music on big riffs and spacious, impressive solos. Their 2016 record RnR is consistent, driving and can get intense for the genre, a live sound coming off their recordings.” – SXSW 2016 Operation Every Band

(Live Review) “Adding to the overall package was the undeniable fact that the trio genuinely enjoyed sharing the stage with each other, all of which served to remind just how skilled Colepaugh is at writing timeless songs and just how seriously this group needs to be taken.” – Canadian Beats

Nicely-paced and stripped-back in its approach, ‘My World’ (single) develops into an instant, old school rocker, with fans of My Morning Jacket sure to lap this up. – When The Horn Blows

Colepaugh lays down the groove early and often throughout the record, delivering his acclaimed guitar work with a finesse typically associated with some of the greatest guitarists of his generation. – Musicnerd.ca

RnR is a blues infused, southern rock masterpiece that displays Colepaugh’s impeccable guitar playing and vocals in a manner that manages to capture the essence of the Muscle Shoals sound of the late 60s and 70s. Tracks like All These Faces and Thinkin’ About You (a complete reworking of a previously released track) evoking memories of Lynyrd Skynyrd’s Muscle Shoals album and the Cosmic Crew all but channeling the Swampers. Canadian Beats.ca

" I was blown away by the Canucks Chris Colepaugh and the Cosmic Crew as the gravelly soul in Colepaugh’s voice was a the helm of this band, which can lay down a wicked southern-fried boogie with a kick in the ass. The dude has a cool beard too."
Jambase.com / SXSW Showcase review

“There may be a very simple reason for the influx of the Candian music talent in the Untied States. Just ask fellow northern neighbor Chris Colepaugh , recently signed Gibson artist who, along with his band, Cosmic Crew are quickly establishing themselves among the ranks of successful Canadian acts to cross the border."
Gibson.com USA Artist profile

"“Chris Colepaugh is all about the melody. That’s not to say that this son of Southern blues doesn’t rock. Just listen to what happens when he unleashes his doubleneck Gibson on tunes such as “Some Things Never Change” on his latest album Missed a Page. Guitar riffs don’t get much thicker than this. But Colepaugh is more of the school of Stephen Stills restraint than Lynyrd Skynyrd abandon. Listen to how he holds back the instrumentation—just enough—on “Some Time Away.” The effects are enticing vocals that float on top of the musical stream, underscoring the strong yet dreamy message. As if that’s not enough variety, Colepaugh mixes it up a bit, adding steel guitar and slow burning percussion to the blues anthem “What You Need.” - RELIX MAGAZINE REVIEW-

"Moncton’s Chris Colepaugh and Lynn Daigle are the Cosmic Crew, and they transform this Eastern community into a rolling and rocking landscape where one swears they can actually see the Golden Gate Bridge off in the horizon."