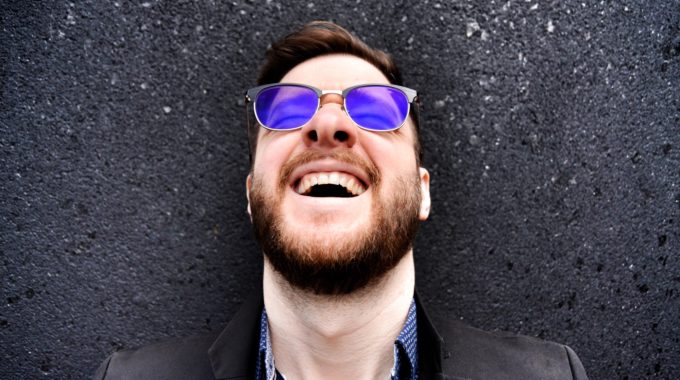 He's a witty, spitey, pasty white kid from the woods of Newfoundland whose style is simply addictive. With his new record, Wonderizer Chris Kirby delivers old school funk to the masses. Banging out his tunes on his Wurlitzer and singing as if the fate of his own mother hangs on every word, Kirby fuses the modern styles of John Mayer and Mayer Hawthorne, along with a hefty dose of Stevie Wonder’s vintage funk and soul sound. Chris Kirby and his band The Marquee deliver a fun, high-energy live performance every night, and his funky grooves spread throughout crowds like wildfire.

Continuing in his efforts to bring classic and vintage 70’s funk and soul into the modern day music market, Kirby’s fourth release, Wonderizer, takes a somewhat autobiographical approach to living life in St John’s, Newfoundland. Originally intended to be released as two separate EPs, Kirby split his songwriting focus between the virtues of love, decency and the joy of performing, and the seedy underworld of the bar and entertainment industry.

The first six songs make up the Greasy collection, starting with the opening track, “Greasy Individual” which was inspired by a few notoriously sketchy characters on George Street, where Kirby frequently performs. The last six songs make up the Honey collection, which includes the album’s title track, “Wonderizer” – a feel-good pop-infused ode to that one special person that keeps you grounded in times of turmoil, a source of light among the grasping shadows of a shady lifestyle.

Wonderizer was recorded in two different studios in St John’s. Kirby (who also produced the album) opted for the 1970’s console and gear at Groove Den Studios in St John’s to achieve the classic vintage sound found on some of the more gritty tunes. Henge Studios was used to attain the more polished pop melodies that Kirby sought to capture in the second half of the album.

“At the last minute, I decided to pit good versus evil and let them duke it out on the one full length record,” said Kirby. “The style remains consistently funky, but the songwriting content changes up a bit in the middle of the album, creating a distinctive Side A/Side B effect.” In order to maximize that effect for listeners, Kirby intends to release the album on vinyl later in 2012.

Greasy vs. Honey, love vs. lust, heads vs. tails. In his own life, Kirby plays both sides of that relentlessly flipping coin, but no matter what the outcome, the odds are always in favour of the song.

Chris Kirby is a 6-time ECMA nominee and has 4 Music NL wins, including the 2012 SOCAN Songwriter of the Year for "Waiting So Long" and Male Artist of the Year, both stemming from the Wonderizer record. Career highlights include performing at the 2010 Vancouver Winter Olympics, participation in the 2010 CBC Song Quest program, and multiple festival and showcase performances. He co-writes frequently with other accomplished songwriters, and in spite of a heavy touring schedule, will be spending some serious time behind the mixing console this year, producing records for other East Coast artists.