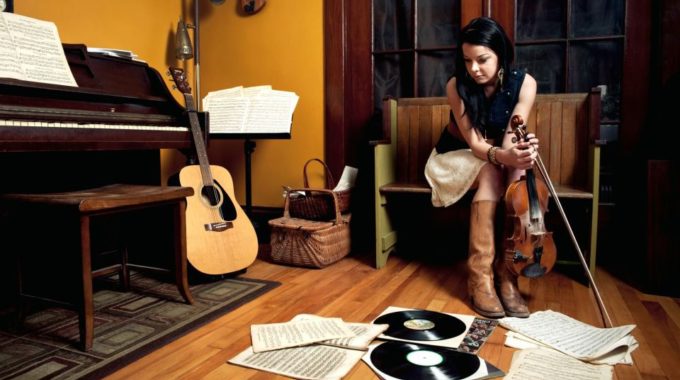 Deemed a "seriously swinging fiddler, technically flawless with every thrust of her bow and a spellbindingly precocious talent" by the Guardian UK, Chrissy is a fiddler with a firm foundation in the traditional music of Cape Breton. With the irrepressible curiosity of an artist driven to create and discover, her music is in a new direction; a path of fearless innovation which has earned the fiddler a Top 20 Under 20 in Canada award, a 2013 Canadian Folk Music Award, and numerous East Coast Music Association and Music Nova Scotia nominations and showcases.

Chrissy’s new release is titled “Last Night’s Fun.” To maintain a fresh and lively sound that often gets lost in a recording process, all track arrangements took place the night before each studio session. The result is an album recorded with the same energy and spontaneity you’d find in Chrissy’s live shows… an honest and raw sound once described as ”fiery fiddle playing with a distinctly mischievous personality” (Tim Readman, Penguin Eggs Magazine).” The album is literally Last Night's Fun. Chrissy’s original compositions and her experimentation with various instruments and contemporary arrangements acoustically expressed her free spirit.

"I said her next album would probably be interesting. I was right: Chrissy Crowley has successfully merged the energy of her would– be rock–chick side with the quality of her traditional fiddle background, and produced a collection of music which is both powerful and beautiful." The Living Tradition