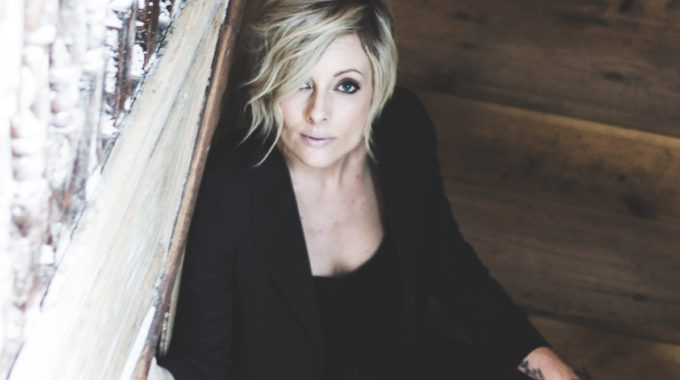 “A hard-working and prolific artist, unafraid to experiment and explore her sound…IMPOSSIBLE TO HOLD is an exciting release displaying the successful merging of pop-rock, Americana influences, and serious storytelling.”  Megan Gnad – MAVERICK

FORTITUDE MAGAZINE (UK) ALBUM REVIEW 9.5/10
“A superb album that showcases Christina Martin’s incredible ability to bounce between genres and styles at will. Each song breathes a life of its own, creating an experience like few others.” READ FULL REVIEW HERE

Christina Martin is a multi-award winning Canadian singer-songwriter whose style has been described as an effortless union between Americana and Rock. “With her vivacious personality, brightly sparkling voice and unerring love of hooky choruses and peppy rhythms, Christina Martin should’ve easily slid into the cool waters of modern pop—if only pop hadn’t become a pimp for our shallowest tastes and sentiments.”  (Edmonton’s Vue Weekly).

Raised on Canada’s East Coast, Martin moved to Austin, Texas in the summer of 1999. In the fall of ’99 she moved to Salzgitter, Germany where she collaborated on a commercial pop project, marking her first experience singing in a professional studio.  In May 2000 she returned to Austin to explore performing and song writing.  Following her role as supporting vocalist and dancer for the Austin high-energy rock band Young Heart Attack in 2001, Martin launched her solo career in 2002 with an opening slot for Wilco and her debut album Pretty Things. Shortly after the album’s release, she moved to Halifax, Nova Scotia and had her first commercial success when two of her songs were placed in the award-winning British-Canadian two-part drama Sex Traffic (2004) and in the TV drama series Snakes and Ladders (2004).

With her second album, Two Hearts (2008), Martin gained considerable attention as a hot up-and-coming artist with several East Coast Music Awards and Nominations. Her Two Hearts music video rose to #5 on the Much More Music Countdown, leading to tours across Canada, the US and Ireland. She performed high-profile shows with Canadian rock icon Matt Mays and sang on Parliament Hill in Ottawa for The Queen of England. You Come Home was placed in the internationally distributed teen drama series The Best Years (2010). Two Hearts won Martin two 2008 Music Nova Scotia Awards, and a 2009 ECMA for Pop Recording of the Year.

Her third album I Can Too (2010) received rave reviews and includes a collaboration with Blue Rodeo’s Greg Keelor on her rendering of Andrew Sisk’s Subject To Change. “What sets I Can Too apart is Martin’s commitment to honestly exploring complicated relationships.” (Exclaim Magazine, October 2010). Following multiple East Coast Music Award Nominations and extensive touring across Canada with Juno nominated indie rock band Cuff The Duke, Martin began touring independently in Germany and The Netherlands.

In 2011 Martin worked on building her label Come Undone Records, and focused on developing a global online presence with fans via community-based projects. She worked with PledgeMusic.com to release A House Concert (2011) containing fourteen live acoustic versions of songs from her first three studio albums. Martin was nominated at the 2011 Music Nova Scotia Awards for Digital Artist of the Year and A House Concert was nominated at the 2012 East Coast Music Awards for Folk Recording of the Year. This project also raised awareness and funds for the Canadian Mental Health Association. During 2011-2012 Christina continued her community development initiatives with a yearlong Artist in Residency through Geriatric Medicine Research (GMR) at Dalhousie University and The Canadian Dementia Knowledge Translation Network (CDKTN) in Halifax, Nova Scotia. In 2014 she released an EP titled Remember Me, featuring five songs inspired by and dedicated to individuals affected by dementia. Co-produced and written by Dale Murray, the EP won the 2014 Music Nova Scotia Award for Inspirational Recording of the Year.

Sleeping With A Stranger (2012), Martinʼs fifth award-winning album, reflects the artist’s coming of age lyrically and musically. “Itʼs one of those rare albums where you have to listen to it all in one sitting. Like a good book that’s hard to put down, Sleeping With A Stranger tickles the ears and within three bars you’re completely hooked.” (Americana UK, October 2012). The album won her the 2012 Music Nova Scotia Female Recording of the Year Award. It was nominated for three East Coast Music Awards Come Undone Records was nominated for Music Nova Scotia Company of the Year. What I Always Knew was placed in the CBC television drama Heartland and her single Falling For You remained on the CBC Radio2 Top 20 countdown for five months.

Martin returned home from Europe in the spring of 2014, following eighty concert dates which included a performance at Rolling Stone Weekender Festival, a publicity partnership with PopUp Records in Hamburg, and an endorsement from the esteemed Duesenberg Custom Guitar Shop in Hannover, Germany. She secured relationships for her future from her home base as Artist in Residence in the city of Dachau, Germany.

It’ll Be Alright (2015) found Christina attaining what her music has always suggested, a place where the ghosts of her musical heroes freely mingle with the architecture of modern music.  Working closely with her long-time producer and guitarist Dale Murray, drummer Brian Murray and bassist Jason Vautour, Martin made a conscious effort to confound the expectations of those who have categorized her in the past.  This record utilizes far more sonic textures, allowing Martin to explore the many sides of her musical personality.  The album won a 2016 ECMA for Pop Recording of the Year and her It’ll Be Alright single rose to #6 on the CBC Radio2 Top 20 chart. You Ran From Me was voted the #14 most played Canadian song on Sonica for 2015, and Somewhere With You was placed in the CBC Television show Heartland.

Following two years of touring across Germany, Poland, The Netherlands, The UK, Switzerland, Austria, France and Canada, Martin returned home briefly in 2016 to write her newest album.  A fervent anthem for those who are lost and longing, Lungs Are Burning was the first single from her album Impossible To Hold (Released March 23, 2018).  The first single was triggered by the rising Fentanyl drug crisis killing thousands of Canadians, with Christina’s lyrics set to music by her and Dale Murray.  With lyrics like “while I’m watching the babies” and “got to go out and get some, baby”, Martin captures the desperation of “chasing the dream” and the horror of living it.  Murray’s stately production brings that stark reality home with a bite.  Martin: “The song is an modest attempt to bring light to the heavy topic of addiction, and reflects my own personal sense of loss, longing and a deep void, and the ache I feel from losing my brother and friends to addiction and mental illness.” For her Canadian tour dates, Christina has partnered with Center for Addiction and Mental Health to increase engagement and awareness.

“Impossible To Hold” is Martin’s sixth and strongest studio album, achieving a perfect balance between organic ambience and impeccable production.  “I’m writing about faith and love more than ever with songs like ‘Keep Me Calm’ and ‘Always Reminding’, but I haven’t shaken the need to write about the darker things that are part of our human journey”.  Combining good taste, passionate singing and thoughtful lyrics, “Impossible To Hold” is where music and poetry meet.